Supe Calls For Charges Against Man Arrested In SFO Saggy Pants Incident To Be Dropped, FAA To Investigate Airline 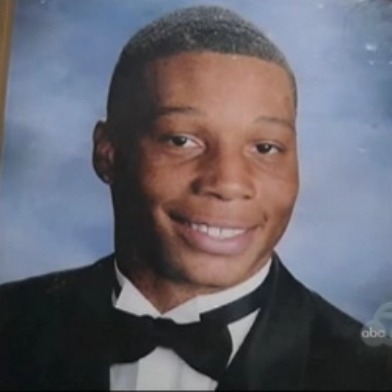 About 100 people gathered in front of San Francisco City Hall today in support of a man who was removed from a U.S. Airways flight and arrested last month after he allegedly refused to pull up his sagging pants.

Deshon Marman, 20, was arrested on suspicion of battery on a police officer, resisting arrest and trespassing on June 15 after boarding a flight from San Francisco to Albuquerque, N.M., where he is a student and football player at the University of New Mexico.

San Francisco police said Marman was instructed by airline crew members several times to pull up his pants to cover his underwear both before and after he boarded the plane.

He allegedly refused to do so, and eventually the plane’s captain told the other passengers to deplane, ordered Marman to leave the aircraft and then placed him under citizen’s arrest when he refused to exit, police said.

Marman was escorted off the plane by police and then allegedly resisted officers when they tried to arrest him. One officer suffered a cut to his hand and a sprained knee in the struggle, according to police.

At this afternoon’s rally in support of Marman, his family, friends and other backers questioned the police version of the events, and called on U.S. Airways to apologize to him.

His aunt, Sheila Burton, said Marman could not initially pull up his pants because he was carrying his baggage, and acted respectful throughout the incident.

“They’re the ones that took it to another level,” Burton said.

She said the incident was especially unfortunate because Marman had flown back to San Francisco for the funeral of his friend, former high school football star David Henderson, who was fatally shot in the Bayview.

Marman’s mother, Donna Doyle, said she was “very appalled that U.S. Airways sees fit to stop my son, but not the cross-dresser,” a white man who was apparently allowed to travel while wearing women’s underwear, according to various media reports in the days after the incident.

U.S. Airways has said it does not have a specific dress code for passengers but asks that they “dress in an appropriate manner to ensure the safety and comfort of all our passengers.”

Supervisor Malia Cohen, whose district includes Hunters Point, where Marman grew up, called for “a policy of transparency” that “eliminates even the slightest suggestion that anyone can be indiscriminately taken off a plane.”

Cohen introduced a resolution at today’s board meeting calling for the case to be dismissed, for U.S. Airways to issue a formal apology to Marman, and for the Federal Aviation Administration to investigate the airline’s actions in the incident.

She said in board chambers that the resolution is not just about sagging pants, but “expressing concern over the discrimination of a man by a corporate entity.”

The San Mateo County District Attorney’s Office has not filed charges against Marman, but District Attorney Steve Wagstaffe said a decision on whether to file them could come as soon as Wednesday morning.

Prosecutors have until the end of the week to make a decision on the case.