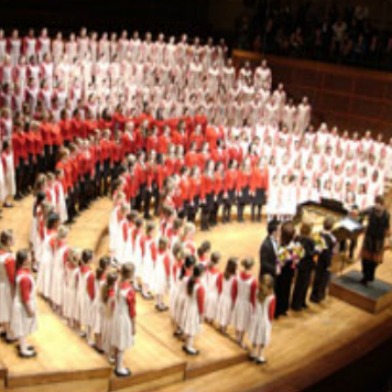 Despite a facebook group and a tumblr rallying behind current SF Girls Chorus Artistic Director Susan McMane, the Chorus’ board says they are not renewing her contract.

The Chorus, which was founded in 1978, was deemed “a model in the country for training girls’ voices” by the California Arts Council. They have performed at events including President Barack Obama’s swearing-in ceremony, and just returned from an 8-day-long trip to Cuba, where they gave four concerts.

As the Chron reports, President Kerry King and past President Dorian Kingman Chong say that the board has “decided to take the Chorus in a new direction.”

McMane, 62, had joined the chorus composed of 12-17 year olds in 2001, succeeding Sharon J. Paul and founder Elizabeth Appling, making her only the third artistic director.

Though McMane is understandably shocked by the decision, past and current chorus members are even more so. What they’re most frustrated about at this juncture seems to be the “new direction” and what that even means.

In an interview, Kingman Chong stayed pretty ambiguous when asked about the shift in direction, “I can tell you what it isn’t. It’s not making huge changes to the program’s mission or to the vision of the chorus. Our core program is unchanged.”

Facebooker Ellen B Freed responds in the Save Susan! group, “…For the board to have done this without giving any reasons or a even discussion with the Director is unbelievably tacky, heartless and very unprofessional. This casts aspersions on the entire chorus and seems to reinforce some negative impressions held by some in the field about SFGC administration. Good luck finding a replacement under this dark cloud!”

Despite the ensuing animosity, McMane has maintained her grace stating, “I have loved this job, and I’m forever grateful for the opportunity I’ve had here. The girls have been terrific. They’re wonderful artists and they have taught me so much.”