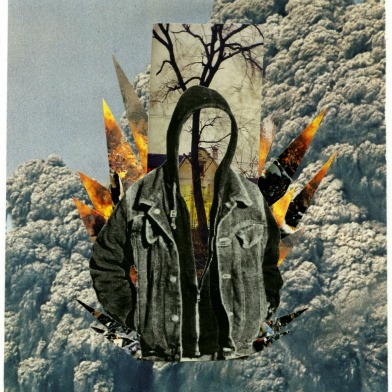 Chillwave’s titular intentions failing, Washed Out and Class Actress’ sold out show at the Great American last Saturday left me troubled. Encountering this music in a live format, I sensed a void in the bands’ arrangements – vaguely blissful and synth-syrupy, respectively – that I had not previously felt.

Unenthused about the prospect of an encore, I stepped out early onto an empty O’Farrell Street, searching my music library for an antidote to the indie zeitgeist that has sent so many bands trading guitars and drums for synths and soundboards as they retreat to the bedroom or the past (if I see one more album cover featuring a faded Polaroid, so help me …)

Wu Lyf, Manchester’s reigning indie phenomenon as of late, graciously suggested itself to me. The band offers a refreshingly alternative sound to the electro-dreamy and the washed out – spacious, masculine and social.

The piano’s sustained opening notes to “Heavy Pop” seem to dissolve into air, immediately betraying a tellingly acoustic occupation of space. In contrast to big electronic soundscapes, which I conceptualize as vertically “stacked,” “Heavy Pop’s” components – the piano, then the harmonica, earth-shaking bass drum, brightly reverberating guitar and, finally, Ellery Roberts’ distinctively animal vocals – fill a broader physical space, so broad that Go Tell Fire to the Mountain at times feels like very well recorded live album. In fact, it was recorded in an empty church.

Roberts’ arresting vocal style, full of howls and borderline incomprehensible yells, has been received as hyper-masculine. Perhaps, but it is as tender as it is forceful; sincere, not showy. Not long into the album, one comes to feel that Roberts is barking to you, not at you.

Often lost within the incomprehensibility of Roberts’ growling, however, is the thoughtfulness of his songwriting.

Text on the band’s website, superimposed upon flashing images of incensed crowds and officers in riot gear, clarifies the sentiment:

“To tell fire is to question, to bring fuel to the fires started by kids no longer blinded by spectacle glare. So go tell fire.”

Neither bedroom musing nor seeking comfort in the past, this is the opposite of nostalgia, and definitely the opposite of chill: this is a call to social action, rooted in the simple desire for a sense of home extending beyond private walls. Moreover, “Heavy Pop” is a hopeful song.

Listen to it here on hype machine.