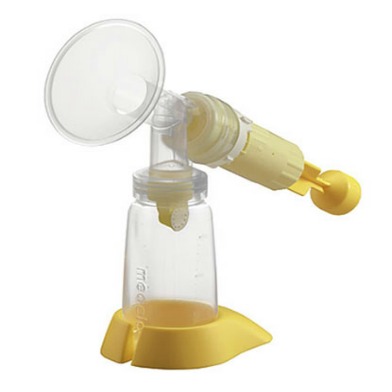 Remember the sexist “PMS is cRaZy!” Milk ads I wrote about two weeks ago? After the public outrage that ensued, the California Milk Processor Board canceled the ads. But don’t expect too much of an apology: their agency, Goodby Silverstein (also the company famous for the iconic “Got Milk” campaign), claimed they “succeeded in raising awareness that milk may reduce PMS symptoms.” All ads in SF and LA will be changed to promote “GotDiscussion,” with an accompanying Facebook page and a website, which replaced the campaign’s earlier website EverythingIDoIsWrong.com. Nice save. I’m sure that was the idea all along! (SF Business Times)

Campbell resident Shannon D Silva runs a women’s group called “Unstoppable Women of Silicon Valley” out of her home that helps women “fully step into [their] greatness.” At first I thought, “cheesy shit like this is the reason I’m moving away from Northern California.” But then I read about how the sessions, comprised mostly of middle-aged women who work full time, used to focus on de-stressing but now center around self-discovery because, as Silva says, “Recently, more women are looking to figure out what they want to be.” OK, I like that. (Mercury News).

You already knew you were supposed to create super esoteric passwords, but did you know you should be careful about your “security questions,” too? A Sacramento County man was just sentenced to four years in prison for breaking into AT LEAST 46 WOMEN’S FACEBOOK ACCOUNTS via questions like, “what’s your dog’s name?” which he was able to glean those details from social media. I’d like to quote directly from this CBS piece because it’s too creepy to parse words: “Once he took over women’s email accounts, George Bronk searched their folders for nude or semi-nude photographs or videos sent to their husbands or boyfriends and distributed the images to their contact list.” The judge rejected a plea for a lighter sentence on the grounds that “The intrusion of one’s profile is no different than intruding one’s home.” (CBS)

Well, that’s big of them: Wal-Mart agreed to give the women planning to sue them for gender discrimination an extra 90 days to file their cases. Of course, that’s only because the group lawsuit, which would have represented more than one million female workers, was turned down by the Supreme Court. (Bloomberg)

The Hand Is Mightier Than The Pump

A new UCSF study found that mothers have more luck getting their babies to breastfeed if they pump milk by hand rather than by machine. (NYT)

I’ll leave you with this pop quiz:

Who said, “Many Women Who Get Pregnant are Blasted Out of Their Minds When They Have Sex, They’re Not Gonna Use Birth Control Anyway.” ???

Find out at RH Reality Check.