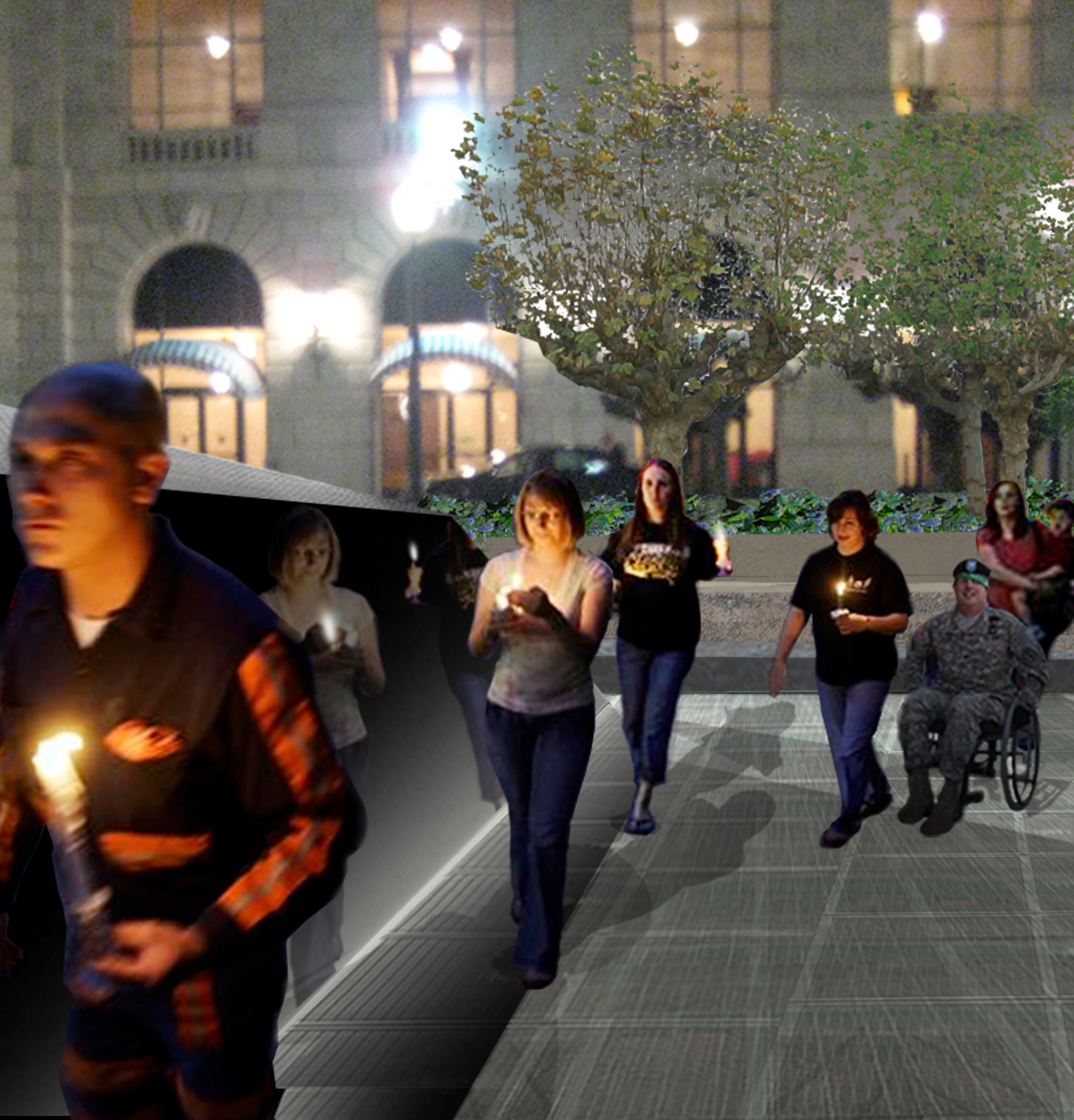 A design involving three reflection pools surrounded by an octagon of stone has been chosen for a veterans memorial in San Francisco’s Civic Center.

The design “Passage of Remembrance,” by designers Susan Narduli and Andrea Cochran, was approved Thursday by the War Memorial Board of Trustees, according to Elizabeth Murray, managing director of the War Memorial complex.

It was one of three finalists that were chosen in November in a national design competition and displayed to the public last month in the Veterans Building’s main lobby.

The memorial, which when seen from above will form a circle of water flowing over polished stone, will be built in the Memorial Court between the War Memorial Opera House and Veterans Building.

An open metal walkway over the water will be anchored by reflective basalt walls, one of which will be inscribed with a poem by World War I veteran Archibald MacLeish entitled “The Young Dead Soldiers Do Not Speak.”

“As I worked on this project, I thought a lot about those who, like my father, passed through San Francisco on their way to combat overseas and how for many of them, this was the last American land they saw,” Narduli said. “Andrea and I have worked to respect this important civic space.”

The original 1920s plans for the War Memorial complex called for a veterans memorial in the Memorial Court, but those plans were never completed. The court contains soils from battlefields around the world where Americans have fought.

The Veterans Memorial Steering Committee is co-chaired by former Secretary of State George P. Shultz and former Secretary of Defense William J. Perry. The committee has raised nearly $1.8 million toward the $2.5 million project, Murray said. The funds will include a $500,000 endowment for ongoing maintenance.

Project organizers had tentatively hoped to formally dedicate the memorial on Nov. 11, 2012, but have recently learned they will need to go through an environmental review process, Murray said. To allow time for the review, the dedication is now tentatively set for Veterans Day, Nov. 11, 2013.

For more information about the project, visit www.sfveteransmemorial.org.