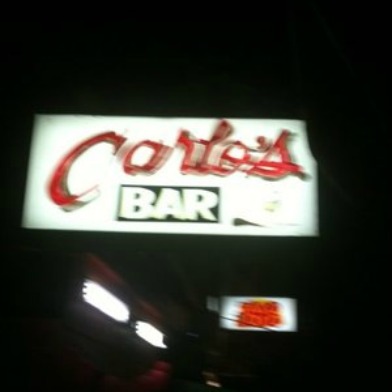 Following a six-month investigation into illegal business practices by the California Department of Alcoholic Beverage Control, the long-time Mission fixture Carlos Club (also known as Carlos Bar) has shut its doors due to the indefinite suspension of its liquor license, Mission Local reports.

The bar, popular with many of the neighborhood’s Latino immigrants, has been a staple of the 24th St. and Mission scene since it was opened by Carlos and Rosa Gutierrez in 1976. In a video posted on Mission Local in 2009, Helena, a waitress at Carlos, calls the bar, “a refuge for immigrants who come to work in El Norte.”

The ABC’s investigation ran from late 2009 to early 2010 and focused on a number of activities allegedly engaged in by the handful of cocktail waitresses hired by Gutierrez.

During their undercover inquiry, investigators say they found waitresses pressuring patrons to order drinks at an especially high frequency, charging customers $5-10 more for drinks ordered from waitstaff than for beverages coming directly from the bar and accepting drinks purchased by patrons.

While all of these practices are reportedly quite common in Latin America, they’re strictly forbidden in San Francisco’s highly regulated bar environment.

SFist points out that the bar’s Yelp reviews make frequent mention of wait staff engaging in these same unsavory practices.

“[The bar staff] pester you to buy another drink before you’re even half finished with the first one,” writes Yelper Michael A., “while the ‘barmaids’ who work the floor sit next to you and try to get you to buy them overpriced shots of Tequila. I felt like I was being hustled from the moment I entered and it was impossible to relax.”

The ABC initially handed down this ruling against the bar last October, however the owners were about to keep the bar opened while they were appealing the decision.

On June 30th, a court struck down the appeal and Gutierrez was forced to shutter the business. Even though the bar’s liquor license was revoked, this condition allows for Gutierrez to sell the bar to another owner, who could then re-open it under new management.

This incident isn’t the first time the Carlos Bar has run afoul of the law. In 2005, the bar was cited for paying workers wages well below the city’s newly hiked minimum rate.

Gutierrez claimed he erroneously believed he qualified for a small-business exemption from the minimum wage increase, nevertheless he was cited by the San Francisco Office of Labor Standards Enforcement and forced to pay over $7,000 in remuneration to the Carlos Club’s eight employees who had been working at the sub-minimum wage rate.

As of this moment, it does not appear that a buyer for the space as yet been secured.