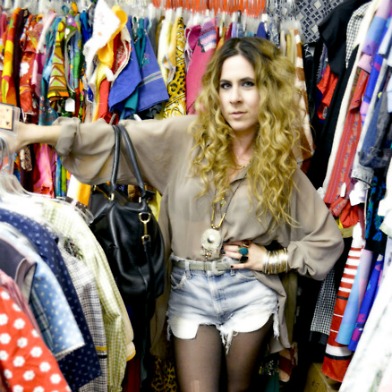 In a huge blow for women everywhere, the U.S. Supreme Court decided the women suing Walmart for gender discrimination failed to prove the company had a nationwide policy that led to gender bias and blocked their class action suit. It would have been the largest in the nation’s history, with up to 1.5 million past and present female employees fighting the company. The ruling reversed last year’s decision by SF’s Ninth Court of Appeals, and SF lawyers say they’re not giving up: “We’re obviously very disappointed. But it’s not dead. The issue of equal pay is not dead and neither is the issue of discrimination in the workplace,” said Arcelia Hurtado, a lawyer with Equal Rights Advocates in San Francisco.

Move over, Botox – a new drug called Dysport is being heralded as the best wrinkle-erasing drug out there, according to a UCSF study. In other local beautifying news, Anita Rivas, “SF Skin Care Examiner,” wonders why women with bad cleavage – “not a pretty sight” – don’t “slap on the right bra or use bust firming creams or serums.” Ugh.

Do Women Care About Circumcision?

SFist reports that “angry housewives have come unglued in the South Bay as San Jose continues to allow nearly-nude coffee shops to operate in full glory.” Apparently stripper-cafes are a trend in the area, and some residents are upset that the police are ignoring it. The cops say they’re “probably going to lean towards violent crime” instead of investigating the shops, which aren’t full-frontal and therefore not illegal.

Controversial abortion billboards that proclaim “Black is Beautiful” went up in Oakland last week. Supporters – many of them Black themselves – say the billboards fight against what is a “public health hazard” to the African American community; opponents say they’re racist and manipulative.

The DNC is accusing the GOP of waging a war on women. The GOP says they are most definitely not, because a lot of them are women themselves, how could the DNC say that?? The White House will not officially side with either party, and will only state that “The ‘war on women’ is not a phrase the president has used.”

Utah Senators have introduced a bill that will “make it a crime to take a minor across a state line to help her obtain an abortion, and would fine or imprison a provider who performed an abortion on a teen from a parental consent or notification state if that provider doesn’t seek out the teen’s parents before the procedure.”

No D.C. Funding For Abortions

The House decided to prevent D.C. from using its funds to help low-income women get abortions.