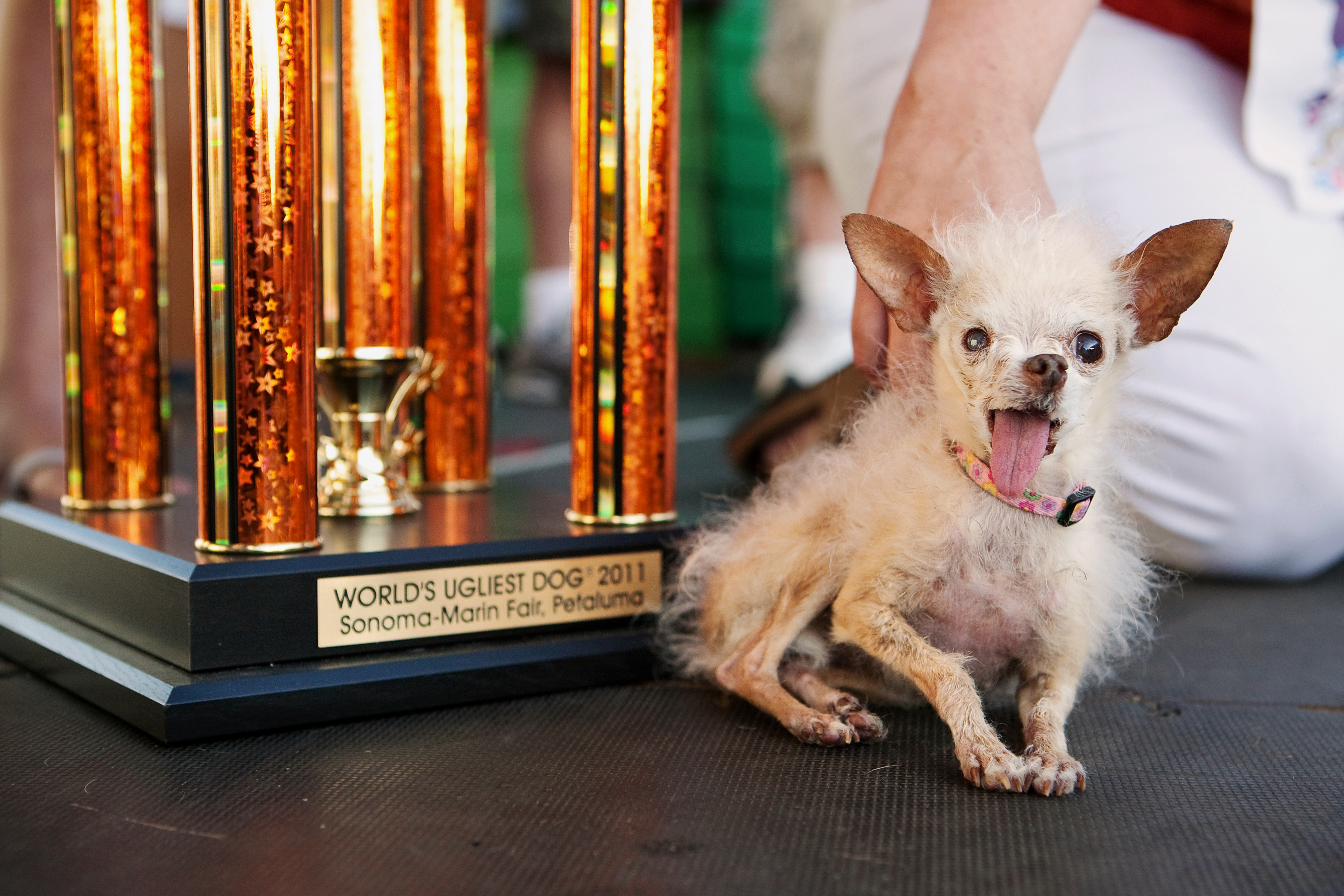 A 1.8-pound scruffy mutt named Yoda who has been mistaken for a rat won the World’s Ugliest Dog title for 2011 tonight at the Sonoma-Marin Fair in Petaluma.

Yoda won a trophy 15 times her size and $1,000. The beady-eyed pooch also gets a photo shoot and an overnight stay in the Loft Suite at the Sheraton Sonoma County, according to fair officials.

Her owner, Terry Devine Schumacher, said her daughter found Yoga in a field 14 years ago when the pup was 2.

“I told her to put it down because I thought it was a rat,” Schumacher said.

Fair officials allowed the audience to vote this year via text. Other favorites in the 23rd annual contest were Icky, Cuda, Handsome Hector and Ratdog.