Treasure Island Plan Gets Initial Approval From Board Of Supes 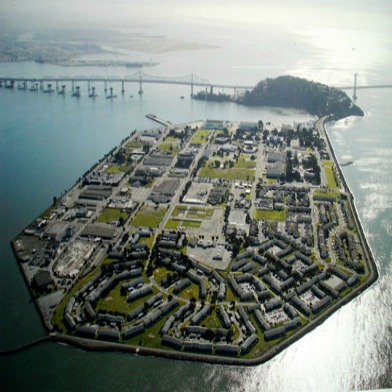 The San Francisco Board of Supervisors gave initial approval Tuesday to a $1.5 billion plan to transform Treasure Island.

The board voted unanimously to certify the environmental review of the project, which would add up to 8,000 residential units, up to 140,000 square feet of commercial space and as much as 100,000 square feet of new office space to the island, as well as new and upgraded roads and infrastructure, including a new ferry terminal.

The San Francisco Planning Commission narrowly approved the project’s environmental impact report by a 4-3 vote in April, and last month, a Board of Supervisors committee voted in favor of the plan.

But before the project could come in front of the full board, on May 11 a group of environmental advocates and other opponents of the plan filed an appeal that seeks to overturn the Planning Commission’s approval of the plan.

The opponents who appealed the plan include Golden Gate Audubon, Sierra Club, Arc Ecology and Aaron Peskin, former president of the Board of Supervisors.

They say the environmental review did not adequately address various impacts of the project, including increased congestion on the Bay Bridge, the island’s vulnerability to flooding from a tsunami or liquefaction during an earthquake, and toxicity left behind at the site of the shuttered naval base.

Peskin spoke during the public comment period of the hearing, asking the supervisors to send the plan back for more environmental review despite what he said is strong pressure from local business interests to approve the proposal.

“I know you’re under tremendous pressure, I know how much juice is behind this project,” he said, adding that “specificity … does not exist” in the current environmental impact report.

Officials with the city’s Planning Department and other supporters of the project said during the meeting that there was indeed plenty of specificity in the environmental review.

“There are few projects in the history of San Francisco that have had this kind of scrutiny,” said Jim Lazarus, senior vice president of the San Francisco Chamber of Commerce.

After a four-hour hearing, the board eventually voted 11-0 to reject the appeal and certify the environmental review of the plan, then also voted unanimously to approve the plan itself. The proposal will come in front of the supervisors again next week for final approval.

Following tonight’s vote, Supervisor Jane Kim, whose district includes Treasure Island, thanked everyone who has supported redeveloping the island in the 14 years since the Navy left.

Peskin, on the other hand, was sharply critical of his former colleagues and successors on the board following the vote.

“This is a triumph of politics over public policy,” he said. “The supervisors made a terrible mistake that’s going to affect the San Francisco Bay Area for generations to come.”