Tenant Troubles: Can My Landlord Evict Me For Smoking Cannabis? 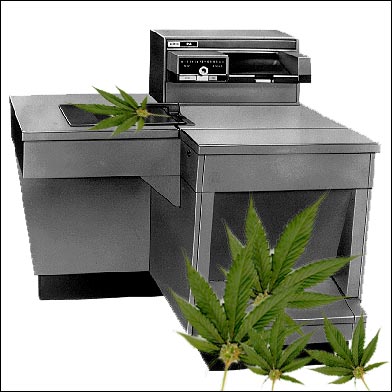 My husband, two kids (17yrs and 4 1/2yrs old) and I recently moved in to the in-law unit of a single unit house in the Inner Richmond. It’s got a full kitchen, two bedrooms, a tiny bathroom and a living room.

My husband and I both smoke marijuana, both have “cards,” and both have the proper paperwork to prove it. (We do not cultivate in our home since we have children. All we do is smoke and occasionally have an edible.)

This was after I explained the situation and I also proceeded to show her my husband’s paperwork proving the legality of it all.

It was like she was trying to come with an excuse to justify what she was saying. When I asked if we could smoke out in the backyard, she said no because the neighbors might get mad and complain. She said that we would have to smoke in the street or in our car which was also parked out on the street as well. Since my conversation with her, nothing has been said about it at all.

This month, she declined our rent and said that she doesn’t think that she can rent to us because her family said that they can’t stand the smell and that they have received numerous complaints about it and that hopefully we can find another place by the end of the month and be out by then and that she would give us our security deposit back.

I know that the first thing I should do is refer to my lease or rental agreement and see if there are any stipulations on smoking. But we don’t have a rental agreement: when my husband and I decided to rent the place, he went to see the landlord (who isn’t the actual landlord, she says that it’s her in-law’s house and they live in China) and my husband proceeded to give her 2800 dollars and basically according to him, he signed a regular piece of paper that had the house’s address preprinted on it that said that he was renting the downstairs unit with the current date on it and that he had given her 2800 dollars as first month and security deposit.

He said that when he asked for a copy of this, she said that she didn’t have a copy machine and she had promised him a copy the very next day. She never gave him one. He had called her a few times and had failed in his attempts to get a copy of that paper or a copy of a receipt or rental agreement.

Can she do this to us? Can she deny our rent like that? Can she give us a trial run like that and then if she doesn’t like us kick us out like this?

I would greatly appreciate any type of advice since this had become an incredibly stressful situation for my entire family now.

What’s with the “no copy machine” excuse to refuse to provide a receipt for rent? I talk to a lot of tenants and this one’s been coming up lately. In March another reader complained about this practice. I have also had a couple of phone conversations with tenants who reported the same thing.

Sometimes I think there’s a listserv or a secret monthly meeting in which landlords discuss new, nefarious ways to screw their tenants. Frankly, this is not that new. This excuse is a recycle, like bell bottoms.

If you are worried that your landlord will try to claim that you are not tenants and she is entitled to summarily kick you out, don’t. The landlord may try to argue this somewhere down the line, but her argument will fail.

In San Francisco a tenancy is presumed after a tenant has occupied the unit for 32 days. If you and your family have been there longer than that, you are tenants. It also looks like the landlord accepted a security deposit that was more or less equal to another month’s rent. How is she going to explain that?

It also would be a violation of the Rent Ordinance for the landlord to rent the in-law as a temporary/vacation rental.

“Trial runs” are not permissible under the Rent Ordinance.

There is a bigger issue here. That is: Are you creating a nuisance or interfering with the quiet enjoyment of the landlord by smoking pot in your unit?

It looks like you do not have any prohibitions against smoking in your lease because it is an oral lease with no covenants (promises, terms) about anything. The duty to pay rent is implied. The landlord cannot evict you for breach of the lease.

These days, pot is very stinky! If the smoke is truly bothering the landlord and her family, other than just vague apprehension about getting busted, the landlord can make a persuasive argument that your smoking substantially interferes with the her quiet enjoyment.

You can be evicted for that pursuant to Rent Ordinance §37.9(a)(2). Of course, the key word is substantial.

Is marijuana possession and use legal in California? Well, yes, if you have a physician’s recommendation, and no, because marijuana is illegal under federal law. I discussed this in “Tenant Troubles: Does My Landlord Get To Ask About My Pot Plants?”

If I was the landlord’s lawyer, I would advise her not to get into the marijuana legality issue and, instead, focus on the fact that the smoke is substantially interfering with her and her family’s life.

You should also explore the possibility that you are living in an illegal unit. Remember, however, that you and your family are not entitled to any relocation benefits because you have not lived in the unit more than one year.

My initial take on this is that it’s a battle not worth fighting, but you need to take all your documents to the San Francisco Tenants Union to discuss specific strategy to deal with your case.