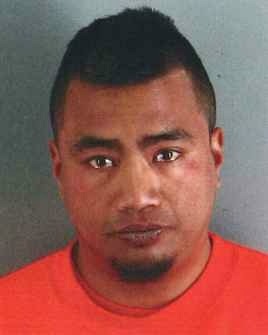 A man suspected of robbing a bank in San Francisco’s Silver Terrace neighborhood on Saturday was arrested, police said.

A bank in the 2400 block of San Bruno Avenue was robbed on Saturday at around 2 p.m.
A man walked up to the teller and demanded money. When the teller hesitated, the suspect threatened the teller and reached under his jacket as if to grab a gun, police said.

An officer from the Bayview police station who had responded to the bank robbery was on patrol in the same neighborhood on Sunday morning at around 8:30 a.m. The officer spotted a man who matched the description of the bank robber, police said.

Investigators allegedly found evidence linking Casaclang to the robbery, including some of the money stolen from the bank.

Casaclang was arrested on suspicion of robbery, burglary, and attempted robbery for another incident.