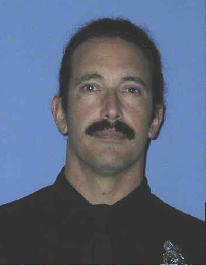 In a press conference this morning, SFFD Chief Joanne Hayes-White said that 53-year-old Tony Valerio died at 7:40 this morning.

According to the SF Chronicle, Valerio had suffered a heart attack at the scene of the fire. His lungs were damaged from smoke and filled with fluid, requiring a ventilator to breathe.

The fire also claimed the life of Lt. Vincent Perez, who died Thursday.

Thursday’s fire, which was reported at 10:44 a.m. Thursday at a four-story home at 133 Berkeley Way, marks the first time in eight years that San Francisco has lost a firefighter in the line of duty. In January 2003, 40-year-old firefighter Melinda Ohler died after falling from a fire engine as it responded to a call.

Dispatch received the alert and notified the incident commander, who tried, but was unable, to reach the firefighter by radio, Talmadge said.

Additional crew members were sent in, and they found Perez and Valerio down and “pretty badly burned.”

Four residents were inside the home when the blaze started, but they were all able to escape without injury.

In a statement, Mayor Ed Lee said “this is a terrible tragedy for our City and it is a reminder to us all of the sacrifice that firefighters make along with their family and friends.”

According to the statement, Mayor Lee has ordered all flags to remain at half-staff in the firefighters’ honor at all City buildings and grounds until further notice.