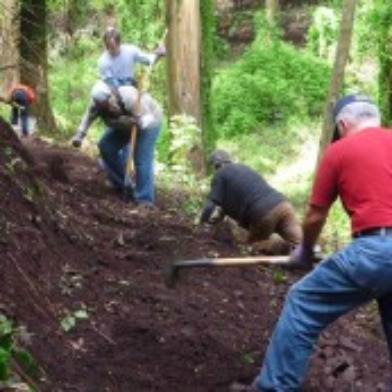 San Francisco is celebrating National Trails Day this morning with a grand opening of a historic trail and an open space that have been closed to the public for 50 years, city officials said.

The San Francisco Recreation and Park Department will open Interior Greenbelt Park, which consists of 12 acres of open space as well a historic trail that connects the park to Mount Sutro for a total of 72 acres of open space, according to city officials.

The city initially purchased the Interior Greenbelt Park for the public in the 1950’s, city officials said, but it was gated in the 1960’s at the request of nearby residents.

The park features Woodland Creek and a half-mile of trail leading to Mount Sutro that was constructed in the 1880’s.

The trail, which starts at 17th and Stanyan streets in the Cole Valley neighborhood, belonged to Adolph Sutro, a mayor of San Francisco in the 1890’s.

The city’s Recreation and Park Department, the Sutro Stewards, and the University of California at San Francisco have spent the past three years restoring the historic trail.

Today’s grand opening will be held at Woods Lot, at 100 Medical Center Way on the UCSF Parnassus Campus at 8:30 a.m. According to the Sutro Stewards, “this event takes place rain or shine.”