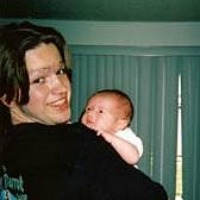 Mayor Ed Lee has recently authorized a $75,000 reward for information leading to the identification, arrest, and conviction of a SF trans woman’s killer.

According to the Bay Area Reporter, 23-year-old Mariah Qualls was found dead in December 2009 in her room at the Golden Eagle Hotel at 402 Broadway St. She had apparently been killed within two days of the discovery of her body from by a blunt force injury to the head.

Qualls, who had only recently moved there from San Jose, reportedly enjoyed a life in SF in which she was heavily active in the LGBT community.

Says her mother, Christine Qualls, “That’s where she thought she would fit. She just wanted to start a new life.”

Photo of Mariah Qualls: Billie Garcia, via the BAR