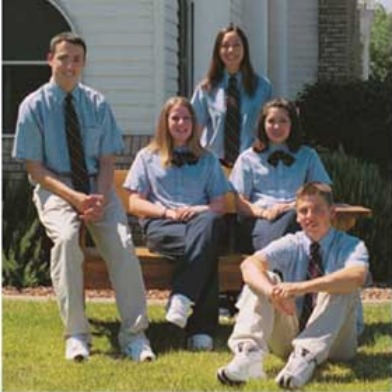 When an account of a queer teen kidnapped and sent to a Utah reprogramming (to make her straight! Because that’s how it works) “camp” was posted to social news site Reddit a few weeks ago, sites like Queerty and tiny nibbles* reacted in anger, as did Appeal readers who discovered that story in yesterday’s newsletter. Though some online commentary expressed skepticism that the teen’s story was true, she’s responded with both an interview elaborating on her experience and will be speaking tonight, in SF.

“I almost wish you hadn’t included those links to the gay teen reprogramming camp,” one newsletter reader who requested anonymity wrote to me. “It brought back a lot of memories on how this was done to me nearly 16 years ago.”

The reader went on to say that after returning home from camp, they ran away to San Francisco, where they lived on the streets “which was better then the hell I experienced when being brainwashed in an effort to change who I am.”

The three part account of queer teen Xandir’s experiences at, she says, the for-profit Cross Creek (you’ve gotta look at their site, anyone who wanted to “do their own thing” as a kid will get chills) is pretty disturbing.

What: Xandir speaks on abduction, brainwashing at Bawdy Storytelling
When: Wednesday, June doors open at 7, event begins at 8 PM
Where: the Blue Macaw, 2565 Mission (between 21st and 22nd).
Tickets: $10 at the door.

“From what I can gather,” Thomas Roche writes on tiny nibbles, Xandir “was essentially led around on her belt-cum-leash through the airport to get her flight to the new ‘school.'”

“It was so humiliating to be led around like a fucking dog around the airport,” Xandir writes, before recounting that she was sent to the school because “there was a possibility that one day I might fall in love with a female.”

Folks who want to hear more, or skeptics who still question Xandir’s story, might both be interested in hearing her speak about it in person — which you can, tonight at 8 PM, at Bawdy Storytelling at the Blue Macaw, 2565 Mission (between 21st and 22nd). Tickets are $10 at the door.

Our newsletter reader who says they had a similar experience to Xandir says they since “built a life here in SF, but I still think about what they tried to do to me every day. I wish this girl the best, and hope she can manage the attention about to be focused on her, she won’t feel some of the results of what they did to her for years.”

* in both cases, in posts by Appeal contribs, but that’s neither here nor there. It’s a small town, people.