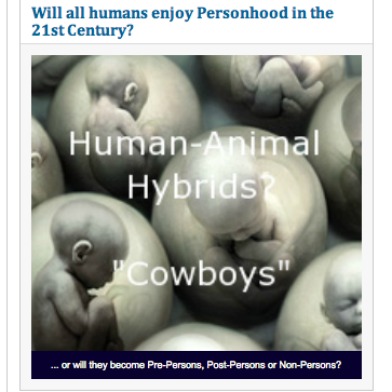 The SF Weekly has a guide to cheap S.F. women’s health clinics.

A SF Chronicle Op-Ed by Planned Parenthood present Cecile Richards marks the 46th anniversary of Griswold vs. Connecticut (in which the Supreme Court declared a state law prohibiting the use of contraceptives for married couples to be unconstitutional) and asserts that health care accessibility is a right for all women.

Supervisor Malia Cohen is developing legislation that would force San Francisco’s crisis pregnancy centers to accurately represent themselves. SF would be the first city in California to enact such legislation–similar bills have been passed in Austin and New York City. (full disclosure: I wrote this piece for The Chronicle)

Mission Local reports that The SF Women’s Political Committee is promoting Mayor Ed Lee’s recently launched citywide database of available positions on the city’s 4 million billion boards and commissions. As ML says, “Get Appointed to Something! Especially if You’re a Lady”

The Bay Citizen covers a Planned Parenthood clinic near Salinas that teaches female farm workers how to protect themselves against pesticide exposure (pesticides are related to lower IQs in children).

There’s a new Anti-Abortion Buzzword: Personhood. A group called Personhood USA is pushing for a legal redefinition of personhood in which, according to Feminists for Choice, “life would begin the very moment sperm fertilizes an egg, even before the embryo would have an opportunity to implant into the woman’s uterus.”

Some of their initiatives, like outlawing contraceptives, are probably too radical to get anywhere. But they’ve successfully passed bills in multiple states over the past few months, and seem to be ramping up their efforts as of late. Jezebel points out that the consequences Of “Personhood” bills would go far beyond abortion.

The LA Times reports on two anti-abortion movies seeking distribution. One is a small-town mystery and the other is a psychological thriller; apparently both have third-act twists that convey “an anti-abortion moral.”

According to multiple studies, birth control does not make women gain weight.

One Louisiana GOP rep who supports the Personhood movement compared women seeking abortions to heroin addicts while defending an abortion-banning bill this week. Yes, really. The bill would overrule Roe vs. Wade.

Abortions in Ohio would be banned at most publicly funded hospitals, clinics and other facilities under a proposal Senate Republicans are considering this week.

Things got emotional: “A 24-hour waiting period before you kill another human being, I think, is a very reasonable request,” Republican Rep. Jim Hamper said in support one of the bills, while “fighting back tears.”