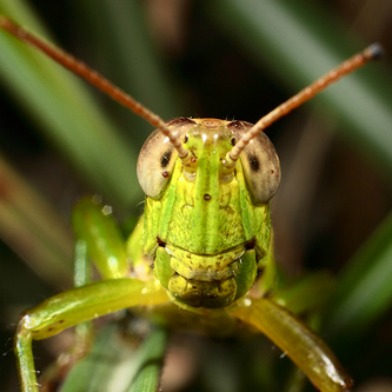 It was one of the few places to satisfy your insect craving in the United States. La Oaxaqueña Bakery and Restaurant boasted a delicacy common in owner Harry Persaud’s home of Oaxaca: chapulines, or grasshoppers. The bugs, imported from Oaxaca along with mole and tortillas, have been heavily praised on Yelp! and even earned the restaurant “Best New Mexican Hole-In-The-Wall” in SF.

Sadly, the Department of Health is not buying what Persaud is selling. As ABC7 reports, despite Persaud’s permit to import them, the DOH takes issue with where the grasshoppers come from.

“They want us to get grasshoppers from here, United States,” Persaud told ABC7.

Then again, getting bugs in the US might not be enough to satisfy officials — take the case of Spanky’s Homemade Ice Cream in Columbia, Missouri. In that case, the creamery made use of the cacophonous cicadas that plague the area by having employees catch them in their backyards, to be made into ice cream.

Unsurprisingly, the Columbia County Dept. of Public Health also took notice, despite no explicit word on cicadas in their food code. The agency has advised against using the insect, making Spanky’s first batch of cicada ice cream their last.

Back in SF, though, we don’t give up that easily. La Oaxaqueña’s Persaud says he might consider raising his own grasshoppers to serve in his restaurant.

Hey, backyard beekeeping’s caught on in the Bay Area in a big way, right? We’re sure it’s just a matter of time before the Chron adds locusts to their trendy insect farm. Yum!