Your Comprehensive Guide To SF Popfest 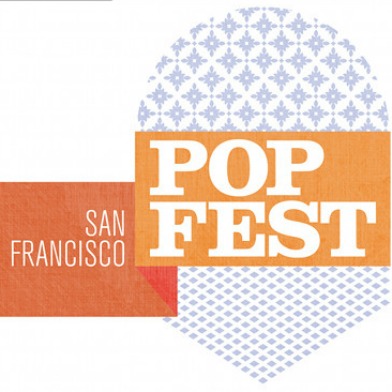 On and off since 1999, a gaggle of local music lovers has organized SF Popfest, a scrappy little music festival dedicated to spreading the gospel of indie pop–music that can be as weird and adventurous as anything out there while simultaneously busting at the seams with just-this-side-of radio-friendly pop hooks. Starting in the ’80s as an outgrowth of the quirkier, brainier side of post-punk, indie pop was originated by U.K. bands like Primal Scream and Orange Juice, brought across the pond by the shambolically twee Beat Happening and honed to near-perfection in the late ’90s by poppy psychedelic trailblazers like the Olivia Tremor Control.

SF Popfest is just one of a handful of loosely connected Popfests happening all across the country. After an inaugural festival in 1999, Popfest has only popped up in San Francisco intermittently (2001, 2003 and 2005). When the reins were taken over by Debbie Bard, Aaron Ehrlich and Kardyhm Kelly in 2009, the trio finally turned SF Popfest into an annual event.

“The impetus was simply a love of the music–this is a great excuse to have all our favorite bands come and play here,” say the festival’s organizers. “There are a ton of fantastic local indie pop bands, but it’s often hard for small bands to travel here from the East Coast or from Europe, so a Popfest can get bands into town that wouldn’t usually make it…The bands and the fans all get to meet each other and hang out–it’s very much a social occasion as well as a musical one.”

Just as the sonic hallmarks that define indie pop have expanded to the point where they describe an attitude (D.I.Y. Experimentalism consistently anchored by hook-laden pop smarts) as much as a sonic aesthetic, bands at this year’s festival represent a wide range of sounds–from ones taking the style of indie pop’s progenitors and giving it a glossy, modern sheen to art-damaged youngsters with amps turned up to 11, assaulting audiences with wave after punishing wave of beautiful noise.

The Bay Bridged, one of the festival’s presenting sponsors, has put together a mixtape of music from this year’s festival for anyone interested in checking out some of the music ahead of time.

What follows is our own preview of the festival. It should help you decide what to see, what to skip and what to lie about having seen come Monday morning:

SF Popfest opens with Australians The Black Ryder co-headlining a bill with locals Blackbird Blackbird. The Aussie duo mines the dark, fuzzed-out psychedelia pioneered by The Jesus and Mary Chain and honed to near-perfection by leather-clad San Francisco noisemakers-turned-folkies-turned-noisemakers the Black Rebel Motorcycle Club. That Black Ryder nails B.R.M.C.’s sound so perfectly shouldn’t be much of surprise; the band enlisted the help of the Bay Area trio in the recording of their debut record Buy the Ticket, Take the Ride.

Whereas Black Ryder builds noise into punishingly sinister walls of sound, Blackbird Blackbird uses noisy atmospherics to create blissed-out soundscapes. A typical Blackbird Blackbird track takes layer-upon-layer of dreamy synths, anchors them in Boards of Canada-worthy electronic beats and tops it all off with hazy, reverb-drenched vocals a la Washed Out or Neon Indian. Yeah, its chillwave. But don’t get up all on your too-cool-for-school high horse just bro, everyone needs to chill out now and again.

Having played in the much hyped Magic Bullets and the even more hyped Girls before starting Dominant Legs, many were hoping that Ryan Lynch’s newest project would bring the same buckets of joyous, jangly energy as effortlessly as old ones. Luckily, Dominant Legs doesn’t disappoint. Together with keyboardist Hannah Hunt, Lynch’s songs are hazy dollops of sun-kissed bliss where minimal, lo-fi electronic beats blend with Peter Buck-stye guitars and the ever-present warm blanket of Hunt’s vintage synths. Also, any band that can make a credible, non-cheesy dream-pop song about the Giants winning the World Series is clearly headed for greatness.

Generally used derisively, “twee” is a term often affixed to indie pop when it gets too preciously cute for its own good and was regularly used to describe the Southern California band Aberdeen. In this case, it shouldn’t be heard as an insult because the North Hollywood trio, who released a series of seminal singes in the early ’90s and then emerging from a decade-long hiatus a few years ago, makes music that’s as lushly romantic as it is tunefully adorable.

Northern Ireland’s The Undertones have been kicking around the world of pop-punk since the mid-’70s. Over the years, the band has survived lineup changes, solo projects and the series of inevitabe career ups and downs that come with nearly 40 years the music business. Even so, they’ve managed to consistently pump out whip-smart, bratty, punk rock gems.

Despite only being around since 2009, one would be forgiven for thinking that The Mantles’ music came from the same time period that birthed The Undertones. The San Francisco trio makes timelessly shaggy proto-punk that’s lo-fi enough to fit in nicely with the rest of San Francisco’s garage rock royalty, but distinct enough not to just fade in with the rest of the pack.

Kicking off the night are San Francisco’s own Melted Toys, a band known for making dark, moody post-punk with heavily processed guitars made to sound like synths. Helping them our are uber-twee Vermont popsters The Smittens.

Quite possibly the highlight of the entire festival, Saturday’s Popfest show is a Slumberland Records showcase. The venerable Berkeley via Washington, DC imprint has consistently been at the forefront of American indie pop, working to “chisel out some space for melodies amongst the noise” since 1989. This showcase of a dozen Slumberland artists is first event of its kind for SF Popfest.

“There’s no official affiliation between SF Popfest and Slumberland,” say the festival’s organizers, “more like a mutual admiration society. Many of our favorite bands are SLR bands, and SLR have put out some of the all-time greatest indie pop records [of all time]. We’ve booked plenty of SLR bands in the last two years, and we thought it would be fun to have a whole night of them. We’re certainly very excited about it!”

Headlining the show are reunited British neo-psychedelic veterans 14 Iced Bears playing their first ever West Coast gig. Other notable acts on the bill are Magic Bullets side-project the Terry Malts and local indie-rockers The Art Museums.

Since the weatherman is predicting that Sunday will be a beautiful, sunny day, the festival is holding an all-acoustic picnic show in Dolores Park. A handful of bands like Vermont’s Let’s Whisper and feel-good party hoppers The Panduhs play short, informal sets for Dolores Park’s usual cadre of revelers.

Note: The venue of Sunday afternoon’s show has been changed to the Hotel Utah. The lineup, time and price still remain the same, only a roof has been added

Closing out the festival is a show by Eternal Summers, a Virginia-based boy-girl duo who makes giddy, sun-shiny pop worthy of their name. Opening for Eternal Summers are sloppy NYC garage-poppers The Beets, reverb-drenched Oxnard trio Catwalk and stripped-down Seattle surf-rockers Seapony.