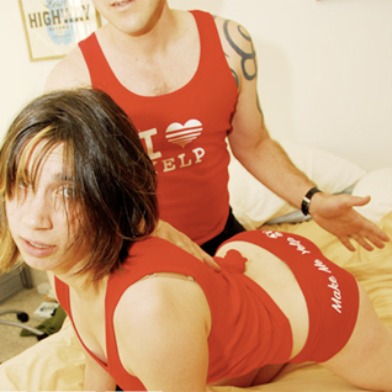 Only weeks after a judge dismissed a class action lawsuit by a group of small business owners against Yelp, that very same group has filed a second suit claiming extortive business practices by the popular review site.

The new suit adds a few allegations to the laundry list of long-standing complains many small businesses have with the company. It now alleges that the San Francisco-based site paid people to write reviews and actively manipulated the placement of negative reviews on the pages of various businesses in an effort to coerce them into buying advertising.

John Mercurio, the owner of the Santa Clara auto shop Wheel Techniques and one of the plaintiffs in the suit, claimed that the company moved a one-star review to the top of the Wheel Techniques page immediately after he declined to buy advertising.

“Within minutes, a one-star review was moved to the top of its Yelp review page,” the suit alleges. “Upon information and belief, Yelp placed the one-star review at the top of the Wheel Techniques review page as a threat to cause Wheel Techniques to fear that if it did not pay Yelp money to advertise, the negative review would remain at the top of its Yelp review page and/or additional negative reviews would appear, and lower its overall star rating.”

Other businesses claim Yelp offered to move bad reviews to more inconspicuous locations on their site in exchange for ad buys.

The filing of this second lawsuit, nearly identical to the one Judge Marilyn Patel dismissed last month, was widely expected. In April, Patel ruled the plaintiffs lacked sufficient evidence to support a case of direct extortion.

“Plaintiffs do not appear to argue that Yelp ever explicitly threatened to harm their businesses, through manipulating user reviews, if they refused to purchase advertising,” Patel wrote in her order to dismiss. However, she left the door open for a case based on “implied extortion” and gave the plaintiffs 30 days to refile.

Yelp has successfully defended itself from a number of similar lawsuits in the past. In recent days, a New York dentist, who sued the company for allegedly removing the majority of his practice’s positive reviews after he complained about the high placement of a negative one, had to pay Yelp’s $80,000 in legal fees after losing his case against the company.

Even outside of a legal context, Yelp has been on the receiving end of mountains of criticism over the years for making businesses they solicit feel like they’re being extorted. A 2009 story in the East Bay Express drew national attention to the site’s business practices.

The main complaint that many businesses and reviewers have with the site is what they say is the lack of transparency as to how its system of operates–why certain reviews rise to the top of a given business’s page and others are removed without so much as an explanation.

Yelp argues that some reviews are deleted to promote site-wide objectivity–preventing the friends and family members of a business owner from posting positive reviews and, conversely, to prevent competitors from posting negative ones.

Additionally, there’s also no way for a company opt out of having a page on the site, so Yelp will inevitably hold some degree of power over any business.

In an effort to curtail this some of this criticism, the company has made significant changes to its site over the past year. Yelp now allows users the option of seeing every review of a given business without the benefit of its filtering. Also, the site is eliminating the “Favorite Reviews” feature that allowed advertisers to select which review appeared at the very top of their page.

Since launching in 2004, Yelp has leveraged its social media component to overtake a gaggle of more established competitors like Citysearch and Yahoo! Local to become the undisputed king of its niche, logging over 17 million user reviews last month.