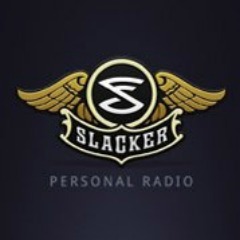 In an environment of three types of digital music listeners, complete with dilemmas, Slacker Radio is “trying to make a quirky music festival with all those people invited” according to Slacker’s Vice President of Marketing Jonathan Sasse.

Sasse confirmed today with the Appeal that deals were solidified with all four major labels, IODA, The Orchard and “a number of other indies and aggregators” which provide the catalog of more than eight million tracks available today.

When asked about indie music consortium Merlin, Sasse confirmed “Yep, we’re talking to them, too.”

Slacker’s listener base is already twenty five million strong, so the talks shouldn’t be too hard. With the launch of Premium, Slacker Radio becomes the first music service to start off as web radio and grow to offer three complimentary tiers of service, one that includes recognition of the need for on demand toggling to satisfy real listening habits. Listeners can also bill their subscription to their phone bill.

Three Tiers
First, Slacker is free to use in its basic form and competes directly with Pandora. Slacker Radio Plus is the second tier, and provides an ad-free experience much like that of Pandora One, working on all major smartphones.

But the third tier (Slacker Premium) is completely new to the industry: human and machine curated radio with on demand toggling, playlists and shareable experiences.

Slacker built a product designed to encourage what they refer to as “lean-back discovery and active decisions” all within the same application. (We know someone who might be interested)

Slacker first launched in 2007 at South By Southwest, and has stayed true to their original vision of ubiquitous music over a smart device over the last four years, while still making a few pivots. In fact, they used to build the hardware which made their software run, to make up for zero Smartphone availability in the USA at the time.

“In 2007 a lot of the components needed for our vision didn’t exist so early on we had to invent our own hardware to do it,” Sasse told me.

“We invested a lot in proving the capabilities to be able to do what we are doing today. We’re happy to ultimately port what we built into a smartphone and apply it.”

As far as licenses are concerned, Sasse told me Slacker “could’ve gone the same route as Pandora…but we knew this was bigger than that, and that we could have a great free experience for people, with upgrades.”

So how did this happen out of the blue when Spotify, Google and Amazon can’t seem dish up music for their music services? The answer from Sasse is refreshing and honest: it didn’t happen out of the blue. Sasse spoke highly of the process, and the people; a rarity in an environment where complaining about labels is not only common but vogue. (And oh so passe. seriously. just stop.)

“Most of us here have been in and around the industry for a long time. To do this kind of service and tackle other challenges you just can’t go out and take an adversarial position against labels. It’s their business, and this is their future.

There’s going to be challenges, but this is a business worth protecting. We have a lot of paying subscribers and it’s working. Nobody benefits by taking an adversarial position against the content owners.”

It took Slacker about a year to hammer out Slacker Premium, which isn’t that long considering smaller rivals have existed for much longer.

“Frankly, when you look at the services that exist, there’s a certain amount of thinking that these pieces are hard, but it’s just a matter of grinding it out, and we’ve been working on it a long time. We started digging in almost a year ago,” he told me.

Charts
If you want to know what internet radio charts look like, the process is clearly underway. Charts help artists connect with their audiences in the right places.

Sasse confirmed Slacker reports spin counts and activity to Nielsen, Big Champagne and other chart services, enabling everyone involved to connect even more with their audience.

Sasse clarified “We report to all of them. Some of it’s proprietary and some of it is reported back out.”

At What Cost
With three tiers, you have some choices if you want to check out Slacker just to see how it works. The new Slacker Premium Radio tier is available now on the web and on new applications for iPad, iPhone and iPod touch and supported Android and Blackberry smartphones.

Slacker Premium Radio is available starting today for $9.99 per month at Slacker.com or billed directly to your Verizon Wireless, T-Mobile USA or AT&T account from within the Slacker application on Android and BlackBerry smartphones. Slacker Premium Radio includes all new features, as well as all of the features available to Slacker Basic and Slacker Radio Plus listeners.

For a limited time, a free subscription to Slacker Premium Radio is available by visiting www.Facebook.com/SlackerRadio.