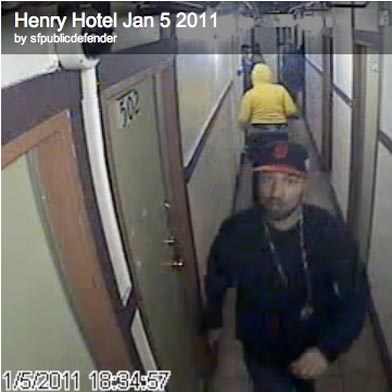 San Francisco police Chief Greg Suhr said today that he is looking into providing his plainclothes officers with video cameras when they go into residences.

Speaking to reporters prior to a justice forum he was attending in San Francisco this morning, Suhr said he decided to look into the use of cameras in the wake of a string of videos released by Public Defender Jeff Adachi that appear to show misconduct by officers during drug busts around the city.

In March, Adachi released surveillance videos of drug busts at residential hotels in the city’s South of Market neighborhood and Mission District that appeared to show plainclothes officers entering rooms without a warrant or consent, contradicting what was written in their police reports.

The allegations have prompted the dismissal of at least 85 drug and robbery cases involving the eight officers, who have been placed on administrative duties during an internal investigation. The FBI has also launched an investigation into the alleged misconduct.

Adachi released two more videos in the past week that appear to show other plainclothes officers making drug busts and taking items out of rooms that were never accounted for afterward.

The officers in those cases have also been reassigned from plainclothes duty pending an internal investigation into the allegations.

Suhr said today that providing cameras for his officers “just occurred to me when the second video came out.”

He said, “Enough is enough, I need to protect the hardworking men and women of the Police Department, and if they have cameras on them, we’ll have the video showing the good work they do and the things that they’re up against.”

Suhr said he is looking into providing cameras costing about $125 each for the plainclothes officers, rather than the entire force of patrol officers since “the budget times don’t allow for that in a department of our size.”

He said a department-wide policy would have to be worked out for the cameras, but “my intention is that they’d wear them whenever they enter someone’s residence.”

Suhr said, “The officers that I’ve talked to welcome it. It’s just another tool in the toolbox.”

Peter Herley, the former police chief in Tiburon who now serves as a consultant to local law enforcement agencies, was also at today’s justice summit and said the cameras are “great remedies” to solving some of the problems with police misconduct.

Herley said the cameras could help exonerate officers whose testimony is called into question, and could also prevent potential misconduct from the officers since they’d know it would show up on the video.

“Everyone acts differently on video,” he said.