You Can’t Buy A New American Car In SF 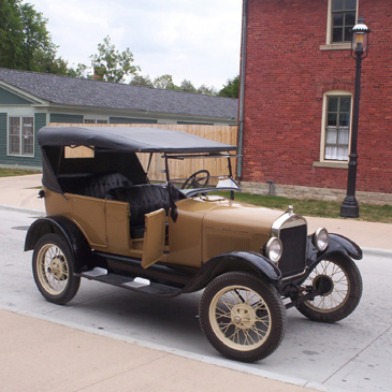 With no word other than a brief note on Yelp, San Francisco has lost its last new car dealership selling American-made cars.

According to the Chron, SF Ford Lincoln Mercury, which had been operating out of 1595 Van Ness Avenue, was the last new domestic car dealership in San Francisco. It closed 10 days ago “without warning or explanation,” the Chron’s Andrew S. Ross says. One week ago, the dealership posted an announcement on their Yelp entry saying “effective immediately, San Francisco Ford is closed for business.”

Mike Hollywood, a sales manager at what was once Ellis Brooks Chevrolet, tells Ross that his company left the new American car biz 2 1/2 years ago, because San Franciscans just weren’t buying domestic automobiles.

“Those wishing to still purchase a Ford, Lincoln, or Mercury or even to have their car fixed from the dealership are being referred to Serramonte Ford” says Ross.