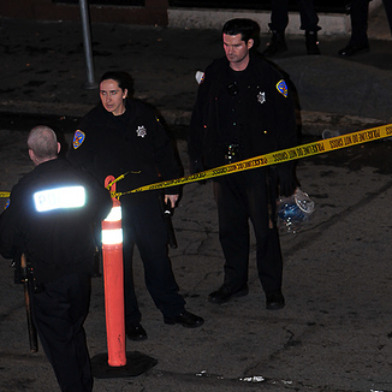 A San Francisco patrol special officer who is a key witness in a 2010 murder case faces possible termination due to disciplinary charges that the Police Commission will consider at its meeting Wednesday.

Robert Burns, 66, is a patrol special officer appointed by the commission to patrol an area of the city just south of Fisherman’s Wharf.

Patrol special police are authorized in the city charter to provide supplementary police patrols and contract to perform private security duties for businesses and people in their appointed area.

Burns is accused of failing to comply with requirements mandating the patrol special officers’ uniforms, insurance and training in 2009 and 2010, and if the commission upholds the accusations, the Police Department will recommend that his appointment gets revoked.

In the part of the area that Burns was appointed to oversee, he was contracted to provide security for Club Suede, a nightclub that was the site of a fatal shooting on Feb. 7, 2010. The club has since been ordered closed permanently by a judge.

That night, 19-year-old Lawon Marshawn Hall was killed and three others were injured outside the club. Burns witnessed the shooting and shot one of the two suspects, later identified as Keandre Davis.

Davis, 21, of Richmond, was arrested at the scene after being shot and faces murder charges in the case. A man suspected of being the second shooter was arrested in the days after the shooting, but the district attorney’s office declined to file charges against him.

Burns, who was recommended for the Police Department’s Medal of Valor for his role in apprehending Davis, testified in the preliminary hearing for the murder case last Thursday.

During the hearing, Burns testified to wearing the uniform required of a patrol special officer.

But according to the accusations being considered by the Police Commission, he was noted by police officials as not complying with the proper uniform requirements at least 37 times in 2009 and 2010, including on Feb. 3, 2010, four days before the shooting.

According to the accusations, Burns told police officials that day that he thought the uniform standards should be maintained as what they were when he was first sworn in.

At an administrative interview about the issue two weeks later, he said he would not comply with the uniform requirements until a final decision was made by the Public Employee Relations Board.

Burns is also accused of not providing general liability and automobile insurance to the Police Department in January 2010, and failing to appear at mandatory first aid/CPR classes in June and July 2010.

The accusations against Burns do not mention his involvement in the shooting.

Both prosecutors and defense attorney Steve Olmo, who represents Davis, declined to comment because the murder case is ongoing.

Following Burns’ testimony, Davis’ preliminary hearing was continued until this Friday, when it is expected to finish.