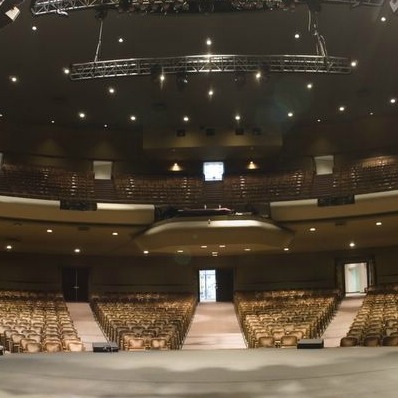 Despite full approval from the Board of Supervisors and pressure from the world’s largest concert promoter, a judge has put Live Nation’s plans to turn the Nob Hill Masonic Center into a full-time concert venue on hold for a good, long while. In a recent decision, Judge Ernest Goldsmith ruled that the project needs to undergo a comprehensive environmental review process before moving forward.

The Los Angeles-based event promotion company Live Nation, which spun off from radio behemoth Clear Channel in 2005, plans to tear out the seating closest to the stage to create an open floor plan more conducive to rock and hip-hop concerts as well as installing several bars and upping the annual number of events from a few dozen to nearly a hundred. At present, the venue doesn’t have a full-time liquor license and only applies for temporary licenses on a case-by-case basis, a problem Live Nation is looking to rectify.

These changes–particularly the increased number of concerts–have drawn the ire of neighborhood residents and led to the Nob Hill Association to file a lawsuit aimed at stopping Live Nation in its tracks.

While the neighborhood group’s legal victory may not have derailed the live music giant’s plans entirely, it has certainly put those plans on hold for the indefinite future. Even though the company expects to successfully make it though the environmental review process in just under a year, a similar injunction against San Francisco’s bike plan took four years to overturn–and that was without any significant alternations to the bike plan’s original prescriptions.

Live Nation isn’t giving up so easily. “We fully intend to pursue the modernizations we have planned and will embark upon the environmental review process outlined in the ruling,” vowed company spokesperson Liz Morentin to the Ex.

“It is a reminder of one of those unwritten rules in San Francisco,” writes the Chronicle’s C.W. Nevius in a column about the controversy, “don’t mess with motivated rich people.”

“What happens when they have raucous-type events up there?” asked Bob Varni, president of the Nob Hill Association. “We already have enough people hiding needles in Huntington Park without adding 3,300 more.”

The venue already holds regular events like graduations and fashion shows–even a number of rock concerts. In recent months the Masonic Center has presented concerts by Weezer, Van Morrison and Pearl Jam front-man Eddie Vedder. The Masonic Center even played host to Charlie Sheen’s “My Violent Torpedo of Truth” tour–an event that, much as Varni feared, was jam-packed with strung-out junkies, high on a drug called Charlie Sheen.

Live Nation’s changes to the venue were approved at a contentious Board of Supervisors meeting last spring. Nob Hill residents flooded the meeting and, as the Nob Hill Gazette reports, “their issue…[was] to ensure that plans to significantly increase the number and type of music concerts and events held in The Masonic Temple on Nob Hill remain in line with the atmosphere of the area, namely as a quiet residential neighborhood.”

At the meeting, supporters of the Masonic Center’s transformation, such as Commissioner Gwyneth Borden and Supervisor David Campos, levied charges of racism at opponents. “They don’t want people like me, who look like me, coming to Nob Hill,” said Borden, an African-American. “I’m sorry, but that’s the way I see it.”

Crowded bars like Tonga Room and Top of the Mark are only blocks away from Masonic Center but those draw a far tonier clientele than would the Masonic if it were full-fledged concert hall. However, due to the widespread community complaints raised at the meeting, the Planning Commission added over a dozen conditions to Live Nation’s operation of the venue, including issues related to trash pickup, truck delivery and alcohol sales.

Even with these conditions in place, a majority of Nob Hill residents seem to be steadfast in their opposition to increased activity at the Masonic Center. After the Nob Hill Gazette wrote an editorial attacking Live Nation, nearly all of the letters it received on the subject agreed with the paper.

“We’ve had some taste of that when the Masonic Center has hosted large and popular events,” wrote one resident. “Not only has there been traffic congestion, but the streets are often littered with empty beer cans, food, and papers. Prior to, during, and after these concerts, there appears to be loitering by unruly individuals. We understand that Live Nation is considering having an ambulance in front of the Center for possible medical emergencies, including drug overdoses. That they would do this speaks for itself.”

Area antipathy to the plan isn’t uniform however–not all Nob Hill residents are opposed to Live Nation’s proposed improvements to the space. After calling the paper “an elitist and sickening piece of s***” for delivering on Pine near Cala Food but not a few blocks down the street between Taylor and Mason, one particularly outspoken reader wrote into the Nob Hill Gazette saying, “The changes being proposed are a win-win for the Masonic Center and the neighbors. Partnering with Live Nation will allow an experienced event manager to operate the venue, directly benefiting the neighbors by streamlining operations and implementing improvements to enhance parking, traffic, loading, and noise.” (The paper’s response to this letter, found at the very bottom of this page is condescending, passive-aggressive gold.)

Anti-club NIMBYism isn’t relegated to Nob Hill. Some San Franciscans are fighting the war on fun in the name of peace and quiet in neighborhoods all across the city. A woman who moved into a condo near Slim’s in SoMa a few years ago has since filed daily noise complaints against the venerable rock club (even on days when the venue was dark). The complaints have cost club owner Dawn Holliday over $250,000 in legal fees.

If the Nob Hill Association is unable to prevent Live Nation from renovating the auditorium and increasing frequency of its concerts, it’s easy to imagine neighbors calling in a lot of noise complaints in the future.