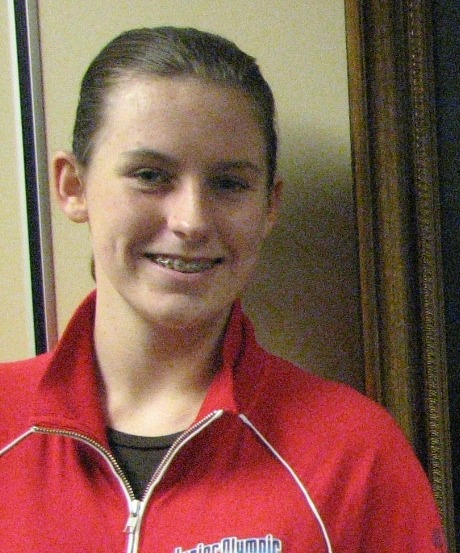 A Danville teen whose disappearance launched a massive search this week appears to have jumped from the Golden Gate Bridge on Monday morning in an apparent suicide, a California Highway Patrol captain said today.

Allison “Alliy” Bayliss, 15, was last seen at about 8 a.m. Monday riding her bike in front of San Ramon Valley High School in Danville, according to police.

Her parents reported her missing that evening, prompting hundreds of civilian volunteers and law enforcement personnel to canvass parts of Marin and San Francisco counties.

Evidence uncovered Tuesday, however, led officials to shift from search and rescue operations to an investigation of a possible suicide, CHP Capt. Amy Mangan said.

“We have information that Allison walked out onto the Golden Gate Bridge shortly after 10 a.m.,” she said. “We don’t believe she walked off.”

She declined to provide the source of the information, but acknowledged that the Golden Gate Bridge has cameras at either end. The girl’s bike was found near the bridge on Tuesday morning.

Allison was a sophomore at San Ramon Valley High School, district spokesman Terry Koehne said. She was a member of the junior varsity swim team and a very good student academically, he said.

“It’s a terrible tragedy,” he said. “I think this community went from being hopeful to having our worst fears realized.”

He said the district had counselors at the high school today working with students, staff and parents to deal with the initial shock of their loss.

A prayer vigil will also be held tonight at Danville Congregational Church at 989 San Ramon Valley Blvd. in honor of Allison.

“We’re going to gather and pray and support each other, and pray for Allison’s family,” a church spokeswoman said.

The non-denominational program will begin at 7 p.m.

Eve Meyer, the executive director of the nonprofit San Francisco Suicide Prevention, said teenagers are more impulsive about suicide than adults are.

She said it is important for parents to talk to their children about how they’re feeling and to make sure adolescents have someone to talk to during times of “crisis,” a temporary state during which a depressed individual is at risk of harming him or herself.

Although it is not easy, parents should ask their children, “Who do you trust that you would tell you’re in trouble if you didn’t want to talk to me?” Meyer said.

They should also make their children aware of crisis lines and other suicide prevention tools, such as online chats. Suicidal individuals can log on to www.sfsuicide.org and have a live chat with a crisis counselor without having to use a phone.

“You want to make your child promise you that before they do anything, they will talk to one adult,” Meyer added.

Parents should also make sure their households are as safe as possible, which includes keeping firearms out of the home and disposing of any unused medication.

Anyone who is feeling suicidal can call the national, 24-hour suicide prevention hotline at 1-800-273-TALK (8255) to be connected to the closest crisis line.