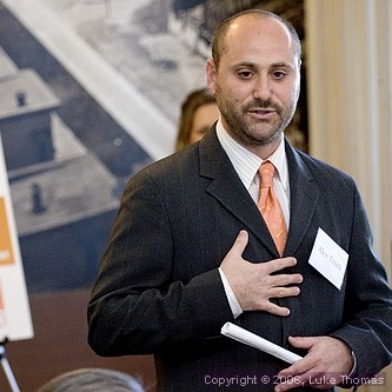 A scandal that began after questions were raised over a handful of conversations with Recreation and Parks Department staffers has grown into a swirling gyre enveloping two of San Francisco’s highest-profile campaigns.

Lobbyist Alex Tourk has stepped down from his position as a consultant to both City Attorney Dennis Herrera’s mayoral campaign and District Attorney Gascón’s re-election campaign in the wake of a growing controversy over his lobbying practices. Tourk, the founder of Ground Floor Public Affairs, has been accused of repeatedly violating laws concerning the reportage of lobbying contacts as well as the city’s prohibition against lobbying one client on behalf of another.

“While my firm and I have done nothing wrong, that is immaterial to this decision,” said Tourk in a tease statement proclaiming his innocence. “Consultants shouldn’t be the story. Unfortunately, for this week at least, I am part of the story and that’s why it is time to resign.”

Tourk is a long-time fixture in San Francisco politics. He was a high-level aide to Mayor Gavin Newsom but resigned after it was reveled his wife had an affair with the mayor. He’s worked for national figures like Maria Shriver and Willie Brown and was a driving force behind Project Homeless Connect, the city’s controversial sit-lie law and the redevelopment of the Hunter’s Point Shipyard.

The scandal started after Ground Floor was hired by New Mexico-based Ortega Family Enterprises to assist them in their bid to take over the operation of Stow Lake Boathouse from current manager Bruce McLellan, whose family had been running the Golden Gate Park establishment for over half a century.

Ground Floor was recommended to Ortega by Recreation and Parks Department staff who thought the firm had submitted the most viable bid but would have a hard time overcoming the grassroots campaign that had arisen supporting McLellan.

“We won because of our back channeling with commissioners,” Tourk wrote Ortega in an email released to the public as part of McLellan’s suit against the city for ultimately awarding the contract to the out-of-town firm. Not only did Tourk lobby the commissioners, he also instituted an astro-turfing campaign that was paid to bring “volunteers” to public meetings in support of Ortega’s boat house bid.

It was this “back channeling” that’s gotten Tourk in trouble. During the campaign, Tourk emailed Recreation and Parks Commissioners David Lee and Meagan Levitan and met in person with commission President Mark Buell but did not report any of these conversations. When lobbying for client, a lobbyist is legally required to make a report of each conversation they have with a government official on that client’s behalf. Each instance of unreported lobbying comes with a $10,000 fine.

On the Stow Lake Boathouse, Tourk got in trouble for not enough disclosure. However, in his contacts with Herrera and Gascón, he’s gotten in hot water for too much. Tourk ran into more controversy for reporting conversations he had with both officials and as lobbying sessions for other clients even though he was concurrently working as a consultant on their campaigns.

The city law barring a lobbyist from lobbying one client on behalf of another had its roots in a 1996 measure by then-Supervisor Supervisor Tom Ammiano. It was put on the ballot by former Tourk fan (although now much less enthusiastic) Chris Daly in 2004, “when…[he] was mad at [former Gavin Newsom campaign consultant] Eric Jaye.”

One of Tourk’s clients, the California Pacific Medical Center, donated money to Herrera’s campaign on the very same day Tourk paid the City Attorney a registered lobbying visit. As SF Appeal first reported last week, Tourk also made lobbying contacts on behalf of the Police Officers Association with both Herrera and Gascón.

Another one of Tourk’s clients, the British construction firm CH2M Hill, donated to Herrera’s campaign but reportedly did not receive any of Tourk’s direct lobbying of the City Attorney on their behalf.

As the City Attorney, Herrera’s office would usually handle the investigation of any wrongdoing by Tourk, but he has handed over the investigation to his Oakland counterpart to avoid the appearance of impropriety.

While Tourk’s actions have drawn quite the controversy, straddling the often hazy line between campaign consulting and lobbying is quite common among San Francisco’s political class. The Chronicle’s Matier and Ross asked some of the city’s other top political consultants about how they handle these often thorny lobbying issues.

The answers ranged from divvying up work within the firm such that no individual does both consulting and lobbying, to never lobbying officials the firm had a hand in getting elected.

One-time Newsom campaign consultant Eric Jaye, who former Supe Daly says he was targeting when he pushed the current lobbyist law, insists to M&R “that he never had a conversation with Newsom about any of his clients.

“And on those rare instances where my client’s name came up, I just left the room,” Jaye told them.