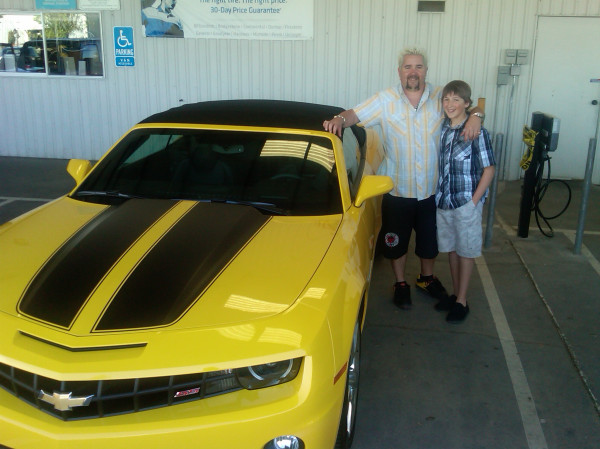 Remember celebrity chef Guy Fieri’s poor yellow Lamborghini, the one that was stolen by a thief who rappelled down from the roof of the building? Though not exactly a unique theft after all, Fieri supposedly got over the custom car and bought an equally gaudy yellow Camaro.

Thanks to a recent interview with NBC Bay Area (which, obnoxiously, autoplays when you click, watch out!), however, we learn that Fieri is still sore over the incident.

“I took (the car) down to the dealer in San Fran,” (yes, Fieri said “San Fran”) “parked the Lamborghini for some service work, and someone broke in through the skylight, rappelled down. They didn’t have motion sensors inside their garage, the guy spent his time walking around, took my Lamborghini that had the keys in it, and drove off! Heartbreaker!”

As irritated as he sounded, pushing his new book appears to take his mind off things. Besides, how many people can say they’re being sponsored by the National Pork Board?