Cops, Prosecutors, And Defense Attorneys Square Off At Police Misconduct Forum In SF 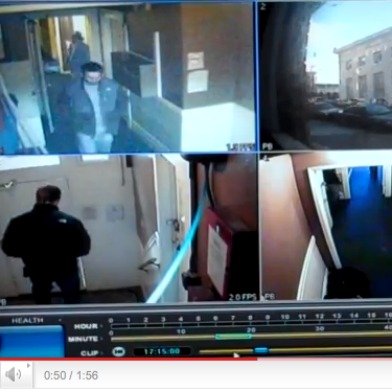 Police, prosecutors and defense attorneys squared off today in a public forum held by San Francisco Public Defender Jeff Adachi on the abuse of power by law enforcement officials.

The panel discussed the recent allegations of misconduct by San Francisco police officers during drug busts at residential hotels around the city. The alleged misconduct was captured in the hotels’ surveillance video footage and has been released in the past few months by Adachi’s office.

Suhr, who joked that Adachi’s forum “is a bit of an away game for me,” said that the officers should be presumed innocent of the allegations until proven guilty.

But if the investigations confirm criminal actions took place, he said, “It is my intention not to have those officers in the San Francisco Police Department any more.”

The panelists addressed other recent alleged police misconduct cases from San Francisco and around the Bay Area and discussed why they think some officers abuse their power.

Defense attorney Stuart Hanlon said misconduct is often not the result of “a conspiracy, but rather men and women who think the ends justify the means.”

Deputy Public Defender Anne Irwin said misconduct allegations are not new, but “this is the first time for us that we’ve captured that on camera.”

Burris, who represented the family of Oscar Grant III, an unarmed man who was shot and killed by former BART police Officer Johannes Mehserle on an Oakland BART train platform on New Year’s Day in 2009, pointed out that a video of the shooting was the key piece of evidence in the case.

Mehserle was convicted of involuntary manslaughter last July and is serving a two-year state prison term.

“Videos are good, the more videos the better,” Burris said.

He said in the San Francisco cases of alleged misconduct, “video cameras tell a different story … without them, people could have complained and complained and no one would have listened.”

Earlier today, a panel of crime authors as well as local defense attorney Tony Serra, the subject of a recently published book, made appearances at the forum.

Adachi said the panel started off the forum to mark the 50th anniversary of the release of Harper Lee’s famous book “To Kill a Mockingbird,” and also to “look at how American justice is perceived” in novels and nonfiction books.

The forum ended this afternoon with a panel discussion on the future of the death penalty that included San Francisco District Attorney George Gascon, as well as an exonerated death row inmate, a former warden at San Quentin Prison, and a member of the American Civil Liberties Union.