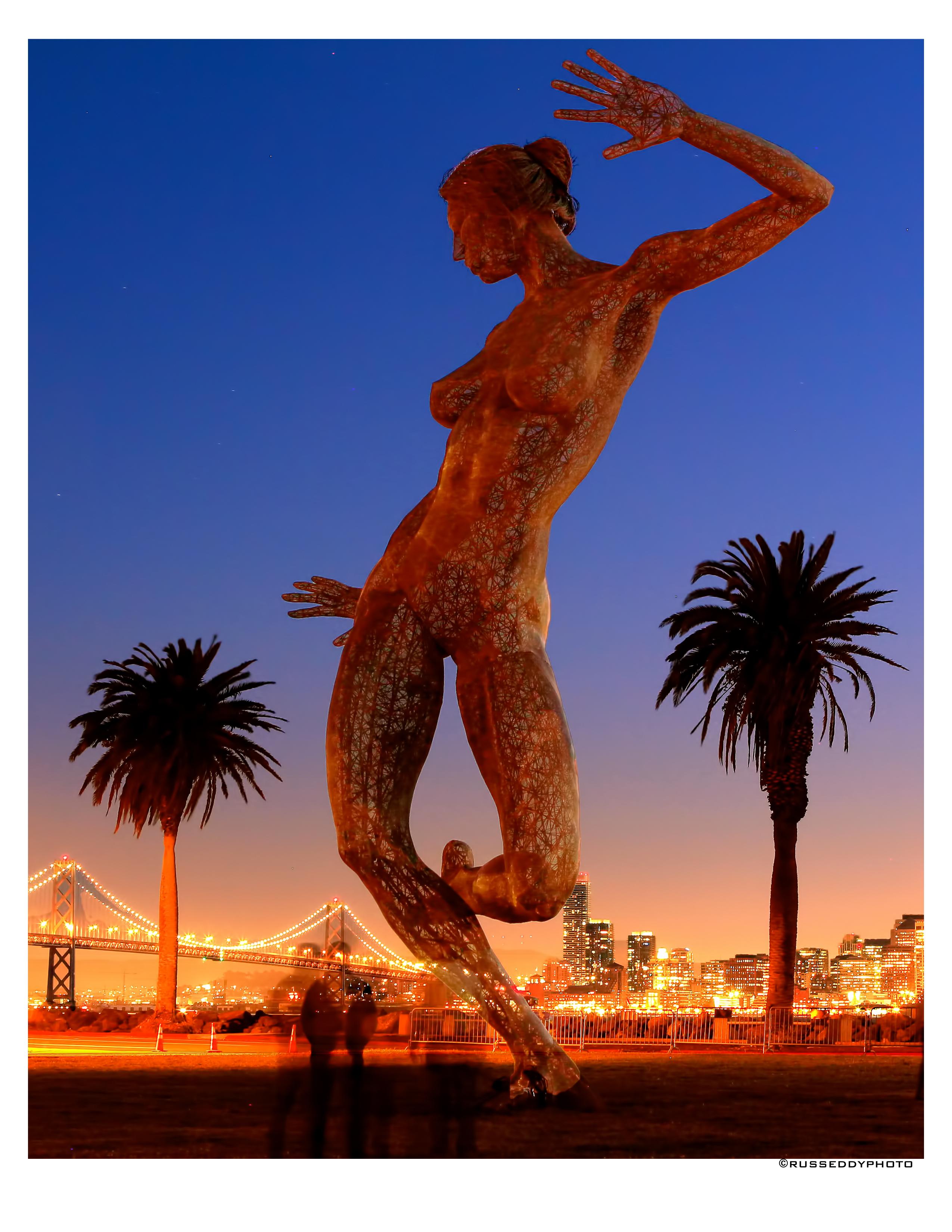 A 40-foot dancing woman who towered over the Nevada desert at last year’s Burning Man festival is the newest resident of Treasure Island.

Cochrane was born in Italy, raised in Northern California, and currently works out of a studio on Treasure Island.

Bliss Dance was described by city officials as “a marriage of classical sculpture technique and modern design.”

It is a sculpture of a naked woman standing on one foot as she dances, hands in the air. The sculpture is lit by 1,000 LED lights controlled by a customized iPad application, which Cochrane hopes to offer for download soon, organizers said.

“I’m just excited to have her on the island,” said Mirian Saez, director of island operations.

“It’s going to attract lots of different people to the island, and that’s our hope,” she said. “The more people come out, the more people realize that Treasure Island is here as a destination for the Bay Area.”

She said there is a lot of open space on the island and the authority has been trying to encourage new public art installations.

“We’re hoping that with this one, others take note,” she said.

Saez pointed out that art is an integral part of Treasure Island’s history, and that artists like Diego Rivera and Miguel Covarrubias participated in the Golden Gate International Exposition, held on the island in 1939 and 1940.

“As always, we try to connect our past to the future, and with this display I think we’re accomplishing that,” she said.

An opening reception for the artwork is planned for May 26 at 6 p.m.