Justin Sinkovich On Epitonic’s Relaunch, A New Climate, And Playlists 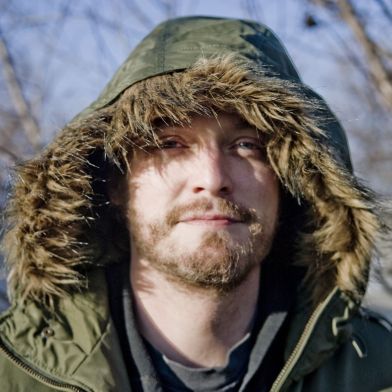 The music business has never been more alive. A burgeoning industry of digital music is beginning to adapt to consumers in a climate more amenable to promotional opportunities and direct licensing, creating more opportunity for promotion and finely tuned marketing.

Products that deliver music to consumers also have their own fanbases. Pandora proved their users have the power to shut down the fax lines on Capitol Hill. And as I pointed out last week, Grooveshark users send a tweet every minute about using the product. It’s possible a passion for the delivery system has become part of the curation process, but music service superfandom is not new.

Rabid music fans with an internet connection in the late 1990’s and early 2000s probably remember Epitonic. With an office in San Francisco, Epitonic was one of the most beloved indie resources for featured and heavily curated downloadable mp3s, music, interviews, reviews and deep music metadata. Labels and bands wanted promotional music available at Epitonic because it was considered a reputable source for music curation. In other words, Epitonic editors liked awesome music.

The site gained a few hundred thousand unique monthly visits, won a Webby Award, and was nominated in the Wired Reader’s Poll for “Best Music Site,” losing that one to the original Napster.

However, as Epitonic admits, “like most other big websites from that era, [we] raised quite a bit of money and spent it quickly.”

Six years later, thanks to a Kickstarter project and enthusiastic fans, Epitonic was rescued by original founder Justin Sinkovich.

Justin shyly confirmed to me that he has two business degrees on top of a resume that includes a heavy music background as former label executive, digital music aggregation founder for Touch & Go, and a day job teaching Arts & Entertainment Media at Columbia College. Epitonic relaunched on March 8, 2011 exactly twelve long years (to the day) after the original launch in 1999.

New Climate
Epitonic relaunched in a more developed climate, and received great applause from other sites with indie cred including Gizmodo and Pitchfork.

Sinkovich told me by phone that the decision to relaunch was easy; he and his team love music.

“Epitonic wasn’t just a business it was a passion, we were super into music and it was something we really loved. The site didn’t just gain users but gained fans and users that cared about it. so when the opportunity came about i just kind of without thinking I said well I have to.”

Epitonic’s relaunch and new feature announcements are clear adjustments for a developed climate. “We wanted to curate and give people easy access to music,” Sinkovich told me.

Ironically, preferred forms of consumption have changed partially due to the original iteration of Epitonic during the dot boom.

“Back in the day my main role was to license all the music and not a lot of the labels were convinced that a free mp3 was the right model. It’s the norm now and Epitonic helped shape this model. Now labels give tracks away constantly. Now it’s all out there but its hard to wrap your head around all of this music floating around for free – so we came up with a streamlined model of curation and filtering all of the tracks and selecting the best ones, making them quick and easy for people to listen to and share and keep. There’s some great sites out there so we wanted to create something new and different.”

Sinkovich says the Epitonic team rejected their original consumption model. “The playlist model jumped out at us. The Epitonic model where you could pick an mp3 one by one wasn’t that thrilling anymore. i don’t even enjoy it anymore. it’s cumbersome.”

Curation From Trusted Filters
Epitonic’s relaunch to an existing fanbase, including new upgraded offerings and deep relationships with influential labels gives music fans a new opportunity to listen to their favorite music and discover carefully curated music from filters they trust.

Playlists, music premieres and community are very important to Sinkovich.

“We premiered 6 tracks today for the upgrade and we’ve premiered 12 tracks for the relaunch. One track for each year that Epitonic was in existence. It spans genres and includes great music like Joan Of Arc. Everybody has been really supportive. Lots of musicians and labels scrambled to get us stuff in time for the launch. When i first decided to this i had no idea if anyone would care, but that’s not the case.”

Epitonic features playlists from well-respected indie labels including the Bay Area’s own Absolutely Kosher and Tiny Telephone (owned by Barsuk).

“They’ve been particularly supportive and they are putting out great records and some of them are relatively obscure too.” The Absolutely Kosher playlist features Mountain Goats mixed in with Jim Yoshi Pile Up tracks. The Tiny Telephone playlist features Grandaddy and Creeper Lagoon.

No iPhone or Android App yet, but that’s not a major drawback; all of the functionality on Epitonic works on every smartphone by way of a browser.

When Sinkovich and I hung up the phone, he was in a rush.

“Oh we all take turns making editor’s picks, and tomorrow is my day. I’m just really excited to get home and pick some music for tomorrow.”

Looks like he picked TV On The Radio. I obliged by adding it to my playlist and downloading the mp3.