Have a digital music dilemma? Corey will solve it for you, just ask her at corey@sfappeal.com 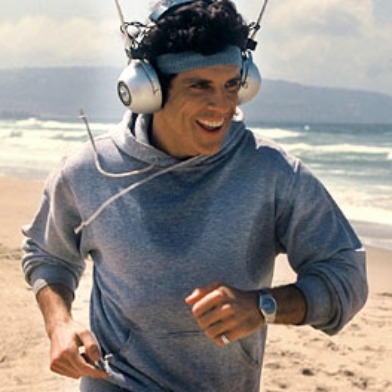 I run for a significant amount of time every week, and like to listen to music while I do (I know, headphones can be dangerous, I am very careful about that stuff, I promise). The iPod app on my iPhone works in a pinch, but I get sick of my music pretty fast, and am very, very lazy — discovering, buying, and then uploading songs to my phone is more work than I feel like doing.

Especially when I have the Pandora app on my phone, which is a better solution — I get to hear new stuff, their “if you like this, you might like that” algorithm, while inconsistently accurate, is at least amusing, and it works smoothly even when I only have 2 bars of service.

But I find myself yearning for something more. In a perfect world, there would be a service that allows me to create and manage playlists from my desktop (and/or the app) that I can access when logged in from an app on my phone. It would also allow on the fly, on demand content so when I suddenly NEED to hear a particular song, I could pull and play it from the app as I run. It needs to function well on 3G, and have a wide variety of music because I’m a fickle bitch. Does anything like this exist, and how much would I have to pay for it?

First of all, congrats to you on your fitness level. In the words of the great Cee-Lo: “fuck you.” In a perfect world, same sex marriage wouldn’t plague politics and Hillary Clinton would be my queen.

Having said that, I understand your dilemma. You enjoy passive listening to a station you know you like until you are inspired to listen on-demand to something you want.

Bitch, you fall into 2 different categories outlined in the Three Types Of Digital Music Subscribers. You listen to the radio but then you want a specific song. You are a Radio Gaga meets Me First And The Gimme Gimme.

You like finely tuned radio, but you are noticing “inconsistently accurate” music playing on your algorithm-based stations. While more finely tuned than radio used to be (and with fewer ads) internet radio is still not the complete solution for your fickle ass, which probably looks awesome because you run so much.

YouTube is quickly becoming the world’s number one source for music, but doesn’t have any “radio” functionality. Even though you know it’s dangerous to run with headphones, you could die a rancid death if you run with headphones while watching videos; we’d have to write about you a second time in the Appeal. Don’t do that.

Right now, as a resident of San Francisco, California you have two choices: Rdio or Mog*. Spotify might work for you, but it isn’t available in the USA.

As for Mog and Rdio, both services provide options for personalized internet radio, without advertising. Most importantly, when you stream a song while running and decide you want to hear it again, or anything else on demand, you can do so immediately without leaving the service or opening another application.

The smartphone applications are free to download, but mobile access is ten dollars a month. Both mobile apps allow you to make fast decisions about music on the go, and listen to what you want, when you want it; or passively if you just want to be amused.

Both Rdio and Mog enable (and encourage) you to create handcrafted playlists. Even though you are fickle, you may still have some friends you like so you might like Rdio’s collaborative playlist feature which allows you to craft playlists (much like mix tapes) with friends or other runners.

If you are more focused on tuning your internet radio the way you do with Pandora, Mog’s internet radio is similar – you tune it with a scroll bar functioning much like a thumb up or thumb down. Some say it is more accurate than Pandora, but I’m a bit fickle too and have no opinion.

Rdio’s internet radio options are less like Mog and Pandora, and more curated, which means when you choose an artist radio station the music that sounds most like that artist will play. You will not have the option to tune it. Also different is that Rdio also enables you to create stations based on your most heavily played music, or your friend’s favorite music, much like hitting “random” on your iPod.

Handcrafted or not, radio, playlists and mix tapes rock, until the moment of personal truth, which I understand so well. Suddenly your gimme gimme kicks in. You know what you want, and that’s the way it is. You want it now.

Both Rdio and Mog solve your problem equally in the on-demand full-track listening department. Rdio and Mog offer unlimited access to eight to ten million tracks, respectively. Both companies are licensing more music by the day, creating a complete “all you can eat” style catalog of music available in the cloud for you to stream whenever you bloody well choose.

Toggling between radio functions and on demand music in both applications is a snap. While you are listening to one of your radio stations, and realize you have got to hear that Britney song, it doesn’t matter if you are using Rdio or Mog, Just tap the application and you are two taps away from hearing it right then…as long as you have a few bars of service.

One problem for you, Fickle Bitch, is crappy service. With two bars of service, you’re almost as fucked as you are indecisive. Rdio comes to your rescue in that department, with an offline functionality that works with no bars. As long as you pay your ten dollar monthly subscription, you can listen to your music collection on Rdio, even in airplane mode.

If you are fickle about your applications and money isn’t an issue, you can also choose to subscribe to multiple services including Sirius XM, Mog, Rdio, Pandora and toggle between all of them and your entire personal mp3 collection using one application.

To do this, just purchase a Sonos (which will run you anywhere from $400-$500), and add the free Sonos application to your smartphone. Once you subscribe to Mog, Rdio, or both, add Pandora to your Sonos account and use the free Sonos application, which also has offline syncing. It’s a few extra taps and a lot more expensive, but if you own Sonos and like multiple applications, it is best way to switch between applications rather than use one service for all your needs.

Lastly, if you travel frequently to Canada, your Rdio account will work there too – but AT&T will charge you one arm and two legs for an extra data plan. Be careful, Fickle Bitch, it’s dangerous out there.

Let me know how it goes.

*Update: I left Rhapsody out, because the mobile option for toggling between radio and on-demand is a feature that the company has left unfinished; it doesn’t work and therefore that smartphone application is not a solution for you. However, Rhapsody will also work on Sonos if you take that route.