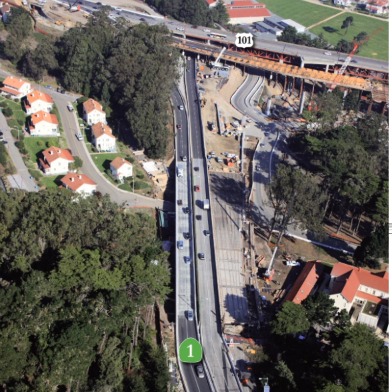 A minor-injury crash involving a van and a Golden Gate Transit bus blocked lanes of Doyle Drive just south of the Golden Gate Bridge in San Francisco this morning.

A witness at the scene told CHP officers that a white van and a Golden Gate Transit bus were involved in the crash, Carman said.

Bridge district spokeswoman Mary Currie said the person who was injured was in the van. She said no one on the bus was hurt.

The crash blocked two northbound lanes and one southbound lane near the toll plaza, Carman said. The lanes reopened at about 9:15 a.m.