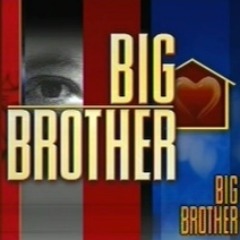 Ask any red-blooded American what they want to do with their life you’ll invariably get one of two answers: train a pet monkey to fetch them snacks while they watch TV or be on TV themselves. While you’re on your own for the first one, here’s a push in the right direction for the second–Big Brother is holding an open casting call in San Francisco this weekend.

Big Brother is a CBS reality show about a bunch of strangers picked live in a house and have their lives taped so we can see what happens when people stop being polite and start getting Big Brother. People get kicked out one-by-one until the last man or woman standing wins half a million dollars. All the while, a live feed of what’s going in the house is broadcast online 24 hours a day.

It’s important you go out for the show and change what the reality show-viewing world thinks about San Francisco. Right now our reality TV ambassador is this guy from Wife Swap and that’s just for being a condescending jerk to a lady from Missouri. We can do so much, or at least very slightly, better than that.

The show’s casting director offered some helpful advice to prospective little brothers like, “Get a good night sleep before hand”. But that advice is for suckers. Here are some better tips from someone who’s never actually watched the show:

4. If you can find a way to refer to yourself in the third-person and have it come off both charming and annoying, do so.

5. Don’t be afraid to pop your shirt off

6. I really want to emphasize the drunk thing. Just go for getting-in-fights-with-inanimate-objects drunk

7. Never chose to compete against Iron Chef Cat Cora, she’s more than creative enough with traditional techniques to reveal your flashy molecular gastronomy as the hollow showboating it really is.

8. If all else fails, just win the part the old-fashioned way–offering a squeezer to the ugliest producer at the audition table. Works every time.