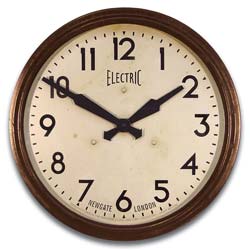 When clocks jump forward this weekend for daylight saving time, some Bay Area residents will lose an hour of sleep, but not everyone considers the change a penalty.

Being able to golf later in the afternoon is ideal for many players, Miller said, and this Sunday, the first tee time will shift from 6:30 a.m. to just after 7 a.m.

This costs Harding Park Golf Course two or three early tee times in the morning, but the course has the option to make these up later in the afternoon as days grow longer, Miller said.

Harding Park Golf Course’s twilight hours, tee times later in the day when cheaper rates are offered because of waning sunlight, were pushed back at the beginning of March in preparation for the time change, Miller said.

As of March 1, the twilight time changed from noon to 2 p.m., and as summer approaches, this time will eventually reach 3 p.m., Miller said.

While golfers might be excited about scoring more sunlight, the Rev. Cecil Williams at San Francisco’s Glide Memorial United Methodist Church does not share their passion for daylight saving time.

Williams said about 5 percent of his parishioners forget about the time change and end up showing up late to church.

“When they walk in, they just throw up their hands and say ‘What is going on?'” he said. “‘It’s over,'” Williams said he will answer. “They don’t like that.”

Glide Memorial United Methodist Church puts forth an effort to tell its members about the switch by announcing reminders a week and a half in advance and by putting out flyers in the Tenderloin area, Williams said.

Even with all of the information the church distributes, some people still don’t get the memo.

“Sometimes they don’t have the daylight savings time (sic) on their agenda or they just forget,” Williams said. “We’re all human after all.”