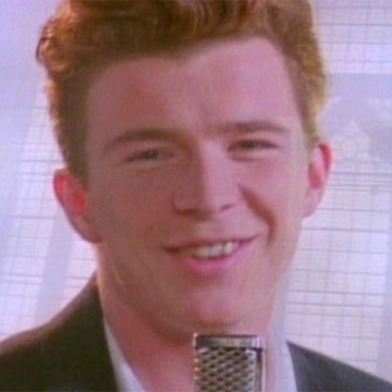 The interwebs can be an awkward place. It used to be that the on the internet, no one knew you were a dog, but now someone can, within minutes, not only find out what breed of dog you are but what brand of collar you wear and also your credit score. Some would say this freedom liberates us from the stifling social norms that have inhibited human expression for centuries.

The rest of us live in a constant state of trepidation about how to transfer real-world manners into the realm of Facebook, eHarmony and Youtube videos of chimpanzees riding Segways.

The Internet Etiquetteist can help. Maybe.

I was lurking in the World of Warcraft forums a few months ago. I needed to find out if the game ever gets fun, or if it’s just lots of pointless, time consuming quests. Someone posted a TinyURL link, which they claimed would be a link to a walkthrough on how to make the game fun.

To my dismay, I ended up seeing a video of Rick Astley and his song “Never Gonna Give You Up.” I was so angry I had been mislead by this link that I decided the only way to take my revenge was to trick my friends on Facebook and Twitter into clicking on the same video. I was later informed that this is called “Rickrolling”.

Prior to my Rickrolling I had 862 friends on Facebook and 127 followers on Twitter. After my Rickroll rampage, I am now down to 805 Facebook friends and I now only have 103 Fwitter followers.

How do I get my friends back and prevent myself from losing more of my friends?

-The Love Has Gone

Dear The Love Has Gone,

I want you to say the first sentence of your letter out loud. Did it hurt when those words physically passed your lips? That’s because “lurking in the World of Warcraft forums” is one of the most depressing things a human being can do outside of an Ibsen play.

You’d be well advised to never admit in public this is how you spend your free time, especially in a forum where you’re likely to be made the subject of fun. You may as well have admitted to spending your weekend doing nothing but playing text-based adventure games on your computer (which you can do for free, here).

To answer your question: no, the game never gets fun. It just takes up more and more of your time until your mom starts yelling at you, you respond by choking her and then your grandfather shoots you in the ear with a shotgun. This is the only way to reach level 70.

If you want to have fun with the World of Warcraft, go to the theme park based on the game currently under construction in China. Don’t worry, you can be just as stoned at the park as you are when you usually play the game.

The first known Rickroll occurred in 2007 on the internet message board 4chan, which is simultaneously the greatest and worst thing on the internet since ever. In internet time, 2007 might as well be the 1800.

Proudly posting a Rickroll on your Facebook page in 2011 is akin to marveling over a battery. To your Facebook friends list, it makes you look like sort of annoyingly out of touch person who might start poking them or spamming them with requests to join their mafia or vampire squad or whatever annoying bullshit Zynga is going make the world’s nephews and middle school acquaintances suffer through next.

The shelf-life of an internet meme is virtually instantaneous these days. Take Rebecca Black’s “Friday” video for example, it only exploded into annals of pop music infamy a couple weeks ago and it’s already passé. At this point, your window for successfully executing an internet meme is approximately 72 hours from its conception.

This isn’t to say that the entire bait-and-switch concept is completely over; giving up on a joke concept as moderately clever as that one would be throwing the baby out with the bathwater.

Instead of tricking people into watching an 80’s pop video instead of a TED talk about how the American school system stifles students’ creativity, trick them into watching a video of shirtless metal singer Glenn Danzig sitting in his private library and talking about his extensive collection of leather-bound books instead of Michael Lewis’s new Vanity Fair article about the collapse of the Irish economy. You’re still going to lose some friends, but the damage will be less than if you went with the traditional Astley video.

If I were you, I wouldn’t worry about getting those Facebook friends back. You still have over 800. There’s no way you even know that many people, let alone care about what that many people think of you.

You know that old saying, “if you love something, set it free”? It’s doubly true for people who haven’t actually spoken to in 15 years.

While a similar attitude could be held for your Twitter account, it might be interesting to try a little experiment. You currently have about 100 followers on Twitter. I wonder if it would be possible for you to flood your Twitter stream with out-of-date memes to the point where you lose every single one of your followers–you could go back to your original state of Twitter innocence. It would be like a performance art piece commenting on the desperate edge to the tenuous nature of our manufactured online personae. It would also be really, really annoying.

Just start with the original meme, the Oogachaka Dancing Baby, and go forward from there. You’ll be at zero in no time.