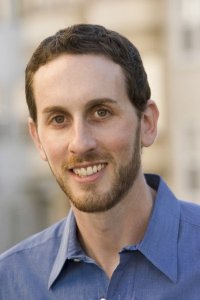 A San Francisco supervisor wants the city to have a say in the proposal by the Golden Gate National Recreation Area to drastically reduce the areas in which dogs can go without a leash, and asked at today’s board meeting for a hearing to be held on the issue in the coming weeks.

Supervisor Scott Wiener requested the hearing on the issue after the National Park Service released a proposal last month to reduce the size of off-leash areas for dogs throughout the Golden Gate recreation area, including in San Francisco locations such as Ocean Beach, Crissy Field and Fort Mason.

The proposal, issued by the park service on Jan. 14, said the “increased expectations for use of the park for dog recreation have resulted in controversy, litigation, and compromised visitor and employee safety, affecting visitor experience and resulting in resource degradation.”

Wiener, who represents San Francisco’s District 8, said he was concerned that the drastic reduction in off-leash space in the national parks would lead to “a corresponding increase in use at neighborhood parks” around the city.

He asked the board today to convene a committee meeting to get public input on the proposal and how it would affect local residents, businesses and city agencies.

Wiener, who said outside the board room that he likes dogs but doesn’t have one, said the city should be “part of the conversation” about the proposal. He said the hearing, which has yet to be scheduled, would be for everyone who has an opinion on the issue.
“There’s a lot of concern and opinion about it,” he said.

The park service’s proposal is in the middle of a 90-day public
comment period that ends April 14, and Wiener said his hearing would likely be held in the next month or two while the proposal is still receiving public comment.

The park service is holding three hearings of its own on the issue in March. The first hearing is scheduled for March 2 at Tamalpais High School in Mill Valley, followed by ones on March 5 at San Francisco State University’s Seven Hills Center and March 7 at Fort Mason Center in San Francisco.

More information on the National Park Service’s proposal is available at http://www.nps.gov/goga/parkmgmt/dog-management.htm.