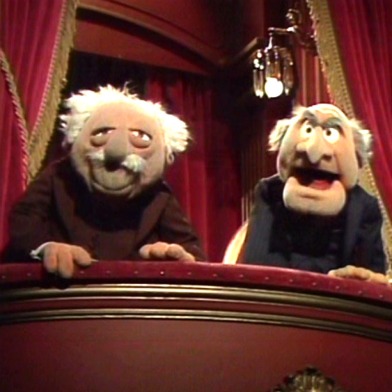 San Franciscans are lucky to have an over-abundance of many things: green space, sunny days, tech companies, restaurants that get all their meat from fewer than 250 miles away, beef ranches that are fewer than 250 miles away – but if there’s one thing every San Franciscan is personally just brimming over with it’s their collection of well-informed and highly-nuanced opinions on a wide range of relevant topics. If you spot a San Franciscan out in the wild without an opinion, then you are actually looking at a San Matean or possibly a Burlingamean.

In fact, this plenitude of opinion begins forming at a young age when the San Franciscan-in-training attended an alternative elementary school in their hometown (which may or may not have been in San Francisco, Marin or Suburban Maryland). The San Franciscan’s mother certainly had some choice words to say about the Public School system.

You know what they say about opinions don’t you? Opinions are like farts – everyone thinks theirs aren’t really that offensive and are, in fact, kind of nice – so I don’t care what you think it’s not that bad! (Unless they accidentally have an opinion while in the shower, in which case: gross!)

So, like the fossil fuels that a true San Franciscan has many well-developed opinions on, the San Franciscan keeps their neatly-formed pearls of wisdom clammed up until just the right moment. This is because once an opinion has been released into the wild it takes the form of a “comment” and a smart San Franciscan knows to clench tightly to a good comment until it can have the greatest impact – like at a dinner party or the end of an unrelated blog post.

In recent years, many attempts have been made in San Francisco to harness the raw power of our opinion resource pool. In fact, San Francisco is considered to be a thought leader in the area of commenting and opinionation by many experts on the subject.

Experts, by definition, are just people who have convinced the greatest number of people that their opinion is the correct one, so some San Franciscans who weren’t really experts on anything devised a wide range of ways for The Regulars to achieve Expert Status.

In 2004, for example, a San Franciscan had a hard time finding anyone who was an expert on dentists. Knowing San Franciscans would have a multitude of opinions about dental hygiene, none of which would help him find a provider that took his insurance, he founded an entire site for commenting on various service industries. Now anyone with an Internet connection can comment on how the decor at 25 Lusk is “super swanky!” but the service was “terrible!” because their blind date didn’t want to split the salted caramel truffle oil hot chocolate (!).

Similarly, in 2006, wanting to become an expert on what his peers thought about the sandwiches they were currently eating in South Park, Jack Dorsey invented a text message-based system so he could follow his friends’ comments on the mundane details of daily life.

This backfired a few short years later, when Ashton Kutcher became honorary mayor of San Francisco by breaking 1 million Twitter followers thanks to his many poignant comments on the state of Demi Moore’s bikini butt – and plenty of San Franciscans had some things to say about that.

With such a wide range of opportunities to release their tightly-wound opinions into the air as fragrant commentary, one would think the average San Franciscan would finally relax a little bit. But if recent observations are any indication, then the opposite is true: more opportunities to comment simply leads to airier and less substantial opinions.