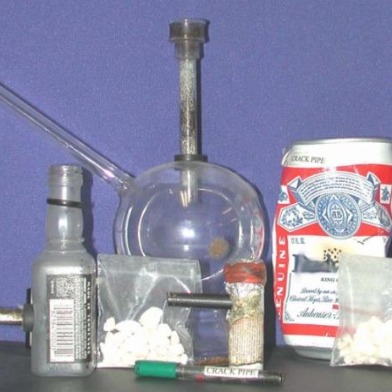 Shops in the Ingleside, Excelsior and Outer Mission neighborhoods have been selling glass cocaine and methamphetamine pipes despite police warnings to halt the sales, City Attorney Dennis Herrera said.

Herrera announced at a news conference at the Excelsior library this afternoon that he filed a lawsuit against the stores, which typically sell cigarettes, liquor and concession items.

The lawsuit has two main claims. The first is that the six stores violated state code by displaying and selling paraphernalia used to consume cocaine and methamphetamine.

The second claim is that the shops created a public nuisance by “injecting illegal drug paraphernalia into the stream of commerce,” according to lawsuit documents.

“The police have been to these stores numerous times,” said Jack Song, a spokesman for Herrera. “The stores are aware of the issue, but they are still selling these illegal products.”

An employee at a store cited in the lawsuit, Smokes Etc. near 16th and Guerrero streets, said officers chided his shop maybe a month ago about the sale of drug-related materials.

Herrera’s office has encountered some concern over how officials can prove the stores are selling pipes to smoke cocaine and not some other use, Song said.

None of the remaining five stores were immediately available for comment.

In addition to Smokes Etc., the stores implicated in the lawsuit are Mission Gifts and Tobacco at 4784 Mission St.; House of Cigarettes at 912 Geneva Ave.; Platinum Smoke Shop at 5901 Mission St.; Tobacco Plaza Center at 3008 16th St.; and Rock On at 4447 Mission St.

Rock On is across the street from the Excelsior library.

“These areas have a lot of kids and families.”

Song said it’s important to target the stores instead of individuals themselves because the shops become hotspots for hardened drug users.

If charged, the stores could have to pay $2,500 for each violation in the lawsuit, and they could face court-ordered injunctions.

“We hope this case sets an example for other stores,” Song said.