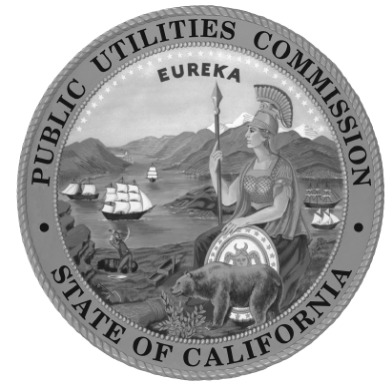 The California Public Utilities Commission could soon have three vacancies on its five-member panel, and a state lawmaker from the Peninsula is hoping that will mean a change of culture at the regulatory agency.

A tense exchange erupted at this morning’s CPUC meeting in San Francisco this morning between commission President Michael Peevey and state Assemblyman Jerry Hill, who said the CPUC has become complacent by not holding PG&E more accountable for the safety of its pipelines.

Hill, D-San Mateo, said the commission could have prevented the explosion of a pipeline segment on Sept. 9, 2010, that killed eight people and destroyed dozens of homes in a San Bruno neighborhood.

Hill asked the commission to do its own inspection of PG&E records, but said, “It’s hard for me to make these requests today because I do not have the confidence that this commission will do its job.”

“This commission has failed the people of California and residents in my district by your culture of complacency,” Hill said, prompting an angry response from Peevey.

“I would point out to you, Mr. Hill, that this commission appointed a five-member independent body to look at this (San Bruno explosion),” Peevey said. “You made no mention whatsoever and no recognition of that, and I find that contemptible.”

There are currently two empty seats on the CPUC, which consists of five commissioners.
A third commissioner may leave the CPUC this month, potentially allowing Gov. Jerry Brown to appoint three new commissioners.

Commissioner Nancy Ryan, who was appointed by former Gov. Arnold Schwarzenegger last January, will be forced to leave the CPUC on Jan. 27 if a state Senate committee doesn’t hold a hearing to approve Schwarzenegger’s appointment.

Three new commissioners could mean a dramatic change in commission policy, said Mindy Spatt, a spokeswoman for The Utility Reform Network, or TURN.

“We feel there was a bias toward the utility companies over customers with Schwarzenegger’s appointees,” Spatt said.

“These companies serve unhappy customers that are paying too much and not necessarily getting what they are paying for,” she said.

TURN is an advocacy group that fights for consumer rights and affordable rates for utilities. One of its attorneys, Michael Florio, is being considered for one of the CPUC’s open spots, Spatt said.

Florio has been with TURN for more than 30 years, she said.

“He’s widely respected even by people who disagree with him,” Spatt said.

She said there is speculation that a decision on commissioner appointments will be made before Ryan’s term ends, but Brown’s office couldn’t confirm a timeline.

The CPUC is not aware of any scheduled hearing for Ryan’s appointment confirmation, CPUC information officer Andrew Kotch said today.

If Brown is given the power to appoint three commissioners, he would be able to shift the voting power of the CPUC, Spatt said.

“We hope the commission changes into one that considers consumer interests at least as importantly as corporate interest,” she said.

Brown’s office was unable to comment on its selection process for commissioners.

Also today, the CPUC ratified a letter by Executive Director Michael Clanon that requires PG&E to perform a thorough search of its records for documentation of safety-related pressure testing.

The letter set a deadline of Feb. 1, but the CPUC granted an extension today until March 15 on PG&E’s request.