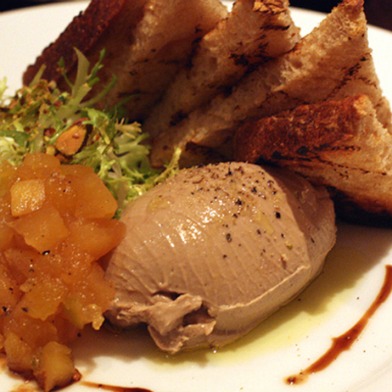 I was at a restaurant in the middle of the day yesterday (very San Francisco), and when I ordered my broccoli soup the waitress immediately told me that besides the bacon it was “almost vegan,” which is maybe the only phrase in the English language that means absolutely nothing to omnivores and NoNovores alike. If vegans wanted to be ‘almost’ anything they would be pescetarians or mid-day vegetarians or bulimics.

In most cities this waitress wouldn’t have even used the word “vegan” in conjunction with something to eat, but in San Francisco things are a little different. Everyone here knows everything about food. When was the last time you witnessed a San Franciscan open a menu and shout, “Fuck yeah farro!”? If your answer is you’re witnessing it right now, you are correct.

They know how to spell radicchio, get jokes about squab, and hardly balk at lunch dessert. They love to talk about food, read about other people eating it, tweet pictures of it, and go to special stores to get it.

This is one reason San Franciscans like to go to out to eat so much. Around here, going to restaurants is a legitimate pastime like Running or Travel, and you know that because people frequently list it in their “About Me” sections.

It’s a simple truth that if a San Franciscan is not eating one thing they’re thinking about how they might eat another. Thank God for walking. If Muni wasn’t so shitty we might have a weight problem on our hands.

I’m not saying that Muni sucks because people eat so much, but it does kind of make you wonder which came first: unreliable public transportation or the quail egg on your tuna tartare.