God is Everywhere, Even for God-Dodging Progressives 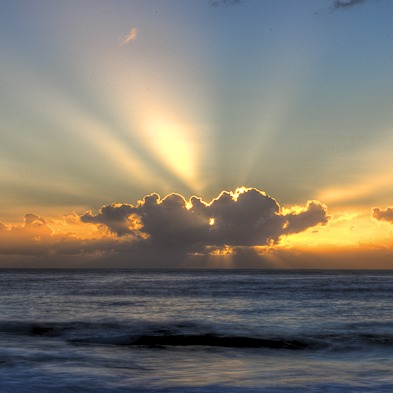 For an invisible being that may or may not exist (and may or may not toss a thunderbolt down your throat for suggesting such a possible heresy), God is a busy… God. Of late, God’s been on the minds of some of our elected officials, who elect not to say the Pledge of Allegiance during public meetings.

From the San Francisco Bay Guardian’s Steve Jones, who makes a point of staying seated while the rest of us sheeple rise to our feet and mumble incoherently while glancing at the flag:

“… There are small signs that progressivism under the dome isn’t dead yet. Here’s one: on Saturday, when the new Board of Supervisors was sworn in, new Sup. Jane Kim stood for the Pledge of Allegiance but remained mum, not saying a word.

When I asked her about it later, Kim said that she doesn’t believe in the pledge and has never said it throughout her tenure on the Board of Education. Her predecessor Chris Daly, as well as Sup. Ross Mirkarimi, generally say the pledge but pointedly drop the words “under God” from it, with Daly sometimes being quite loud and pronounced in his modified lyrics.”

In our humble opinion, anyone who modifies the pledge, refuses to say it, recites it in falsetto or pledges allegiance instead to a can of tuna fish is spot-on. Because this is America, where the only thing that really matters is money, and God doesn’t have a PayPal.

However, it’s an interesting thing, evading oaths to a Supreme Being. While SFBG-types may not want to acknowledge a God, they can’t get around supporting politicians — like Jane Kim — who themselves in turn can’t get around acknowledging a God.

From the California state Constitution, to which all local elected officials swear an oath to uphold and protect:

We, the People of the State of California, grateful to Almighty God for our freedom, in order to secure and perpetuate its blessings, do establish this Constitution.”

Huh. Almighty God gave us our freedom. Whether or not God exists, that is, or whether or not a California citizen chooses to acknowledge God’s existence.

Granted, this is the only time God is mentioned in the document enchartering our state — there’s much more attention paid to things like the usury. However, this celestial Catch-22 amused us, and it caught Kim off-guard when we contacted her. “I didn’t know that,” she said.

Maybe you just can’t escape God. “Nor this thunderbolts,” a wry Supervisor John Avalos texted us, “nor his friend the Grim Reaper.”