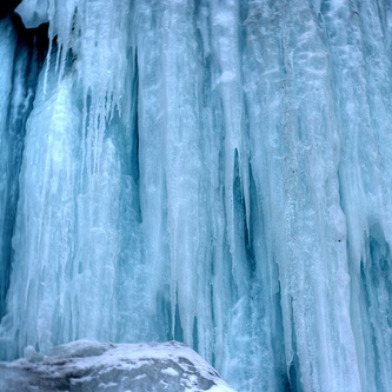 There is only one type of weather San Franciscans like, and it isn’t bone-chilling-kill-yourself-50-degrees-or-below-mean-weather.

Now, we all know that there are some places like Nebraska where not only is 45 degrees not cold, but it’s actually hot, and that would be a prescient thing to point out if you were in Nebraska, but you’re not so shut up about San Franciscans being wimps already.

There are starving people in the world, but does that make me any less hungry for the sweet potato mole I’m about to eat for lunch? No. There are people who are colder than San Franciscans, but San Franciscans are still cold, not least because they won’t take off their goddamn ballet flats and put on a sensible pair of shoes.

Unless you are in a bath, which I strongly recommend, but people in San Francisco do not take baths because they are also terrified of their bathtubs and always say things like, “Yucky. I would never bathe in that tub.” Which makes you wonder why San Franciscans have such disgusting bathtubs, but that’s a question for another time of the month.

The fact that San Franciscans are totally free from conforming to right-wing room titles like “dining room” or “living room” means that quite often the location of the only heater in the apartment is in someone’s bedroom.

Not only that, but it is typically huge, old, scary looking and dubious in more ways than one. Not least because San Franciscans have no idea what will happen if they turn it on. They sort of don’t believe it will work and usually have no idea how to turn it on anyway and will mutter things about pilot lights as if that word holds any meaning for them.

On the other hand, they are terrified that if the heater does miraculously work their PG&E bill might be more than $11 a month, and they are probably right about that. San Franciscans are not dumb bunnies.

So, they are really stuck between a rock and hard place, and not the namby pamby baby one that Aron Ralston talks about. This is serious business, not loll around in a canyon and cut off your arm all herky jerky.

And yet still San Franciscans rise from their beds, go to work, and make their evening drinking dates, and it is actually quite shocking that Danny Boyle has not yet made this DAILY journey into an inspiring film about the incredible endurance of the human spirit.