The Sexual Manifesto: The Laws Of Dating 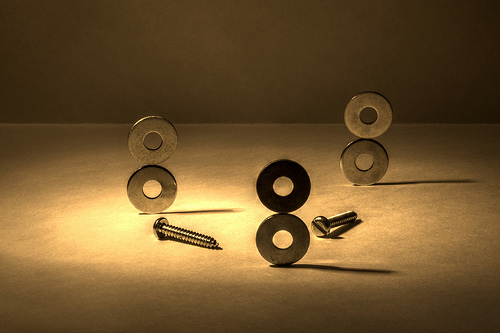 The same laws that govern our physical world reign over our romances. Think about it: you’ve got matter and motion, energy and force…the only difference is you’re two people in bed rather than neat equations. Sure, your relationships could never be defined as cleanly into variables and formulas, but it does add up.

For instance: for every action, there is an equal and opposite reaction. I’m sure you’ve heard that one before. But I’m not just talking about kinetics here. This is the karmic alignment of bodies, love, relationships, sex, and dating. Or, as Paul McCartney sang it, the love you take is equal to the love you make. In other words: your slumming through online dating is totes earning you major points toward a satisfying and healthy relationship. This is why you spent the first half of your college career mistaking frat boys for boyfriends and only later cashed in on the cushy LTR with an automotive bonus. You push far enough in one direction, the universe rights what’s left. Unfortunately, you don’t get to decide when push becomes pull.

And in the same sense, what seems to be chaos is actually a pattern. Oh, looking back on it now it all makes sense why you successively dated poorly matched women who all looked like your ex. But at the moment you were cutting loose! Proving you didn’t need her after all! Being a stud! With all her doppelgangers. There is order to it all, even when it can never seem to make sense why you only attract losers.

But attraction is not that hard to generalize: we’re attracted to things, people who seem bigger than us. And I don’t necessarily mean in body mass. The gravitation pull of one body to another is about perceived mass. Sometimes, the person is complex and interesting and all those layers fascinate us. Sometimes, they represent something larger, like a hookup as a sense of freedom and independence or ze German boy as file-this-under-sleeping-with-them-for-their-accent. We’ll circle them for a while, entertain the notion of potential, and then break the orbit once there’s something bigger and better in the distance.

We just need that push to break our habits. It’s like this: you get comfortable in that relationship, and even if it’s not that fun or exciting any more, you tend to stay there. Why? It’s easier to keep doing what you’re already doing. That energy is there, but you need it acted upon. Either your friends get tired of your complaining or you bump into that old school fling who slipped through your fingers–either way that push finally comes to shove. The same is true for the flittering of casual dating. You’re young, on the go, sowing your wild oats…but then that friction of body on body slows you down. Someone rubs you the right way or maybe even the wrong way and then you come to rest.

The thing is: it makes sense now, but when you’re in the middle of all this activity or (quel dommage) this inactivity, you can’t see the bigger picture. It’s like when you first started doing word problems in algebra and you scrambled to find the right equation to fit the problem, to plug in the right numbers for the different variables. Make everything fit just so. How well you can understand your sex life depends on how far away you are from it. In fact, your closest friends probably understand the mistakes you’ve made better than you can. You know, hindsight is always 20/20, love is blind, and all those other pithy sayings. Really, though, it’s all just relative.