What’s Up With Women In The Music Industry? 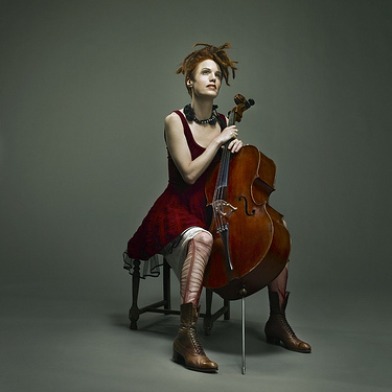 This week Paul Resnikoff at Digital Music News reported on the “Stunning Absence” of powerful women in the music industry. What he didn’t say was that he was referring to a business which no longer exists.

The men who dominated the music business in the 30’s raised those who began an industry where artists were paid with new vehicles and unfair development deals instead of cash. The 50’s and 60’s gave way to the hookers & blow era of the 70’s and 80’s. There are those in music business’s old guard who were trained by Walter Yetnikoff.

These same men are speaking to mainstream media with 40 and 50+ years of experience behind them. And it’s respectable. That’s a long time of making relationships, and doing A&R in a smoky club with no vents. That’s a lot of amazing stories based not on name dropping but on real experiences. That’s remembering Jimi Hendrix or Jeff Buckley the first day he walked into your office.

The music business is tiny. Relationships are power, and while it’s healthy to point out flaws in the most financially powerful people in the music industry, it doesn’t lessen the successes and stories and lessons they’ve learned over the years. The roles of the old financial guard are also admirable and respected, providing many pages to many books about music industry history for years to come.

Today, many facets of business in the industry of music are in flux, and with those changes comes an enhanced definition of power in the music industry. Once defined by men who could blackball or break an artist with one phone call, it’s now shifting from large corporate structures to smaller services and businesses.

Today power in the music business is defined not only by relationships and experience, but has expanded to nurturing relationships while staying current and active with an ability to adapt in the digital age. Power is more than just “one call” – it is now the vital mix of relationships, experience, leadership, creativity and service.

In an industry of relationship currency, learning as many areas of the business as you can, when you can, is your own genderless marketable edge.

During the hookers & blow Era gender differences didn’t matter when it came to finding an intern to make coffee. When it came time to hire the intern for a paid job, women were traditionally hired for “talking” or “nurturing” roles such as publicity and marketing. But they got the jobs. They made the coffee, and then got the job.

Now fifteen-twenty years later, these same women who made coffee have nurtured relationships and now have as much power and opportunity for power as men. Whether or not it’s a problem, the perceived lack of powerful women in the music business is not as real as it is exacerbated by insider ball played by men who once dominated the industry during a time when men dominated most industries.

In an industry where relationships and experience are currency, where small business and services rule, titles matter less than creativity. In the hunt for power add “founder” to your search term and look to entrepreneurs in music. It’s easy to miss the female leaders when there are only a few major companies covered by popular news outlets or favored by well funded conferences.

While there are women with power in larger companies, in today’s tiny music business where small businesses and services are the foundation of a new industry, women are not only powerful, they are everywhere. Especially in San Francisco.

Here are 10 of the most powerful women in the music industry here in San Francisco out of a list so long it was hard to cut down. Please, list more in the comments section and get the ball rolling. In no particular order, and with mad respect: