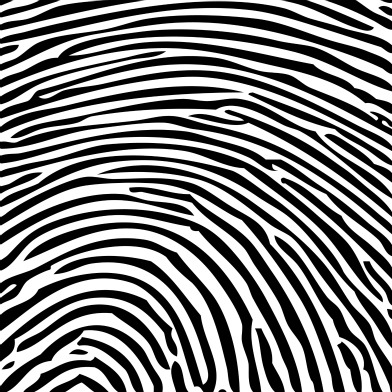 Federal immigration officials have rejected calls by San Francisco and Santa Clara counties to opt out of a controversial program that shares the fingerprints of arrestees with U.S. Immigration and Customs Enforcement, according to representatives for both counties.

David Venturella, director of ICE’s Secure Communities program, informed representatives from both counties during meetings on Tuesday that the program would move forward, representatives who were present at the meetings said today.

Both counties passed resolutions earlier this year asking to be removed from the program, which they said is being used to deport not only violent criminals in the country illegally, but also undocumented residents without criminal records who are accused of minor offenses.

“They told us we cannot opt out,” Santa Clara County Deputy County Counsel Anjali Bhargava said today. Secure Communities was implemented in the county in May.

“They never intended to allow local governments to opt out,” Bhargava said. “From our view that was really inconsistent with the written statements they had provided to us.”

The statements said individual jurisdictions could meet with ICE to discuss concerns about the program’s implementation, she said.

ICE issued a statement late this afternoon that confirmed Tuesday’s meetings, but it did not specifically address whether the jurisdictions were told they could not opt out.

“In those discussions, ICE representatives underscored that Secure Communities does not require state and local law enforcement agencies to enforce immigration law,” the statement said.

“Instead, the program relies on information sharing between federal partners, and ICE independently enforces the immigration law, as appropriate, if a person in criminal custody is subject to removal proceedings.”

Immigrant rights groups have assailed Secure Communities as terrorizing immigrant communities. They say that contrary to its stated purpose, it does not make communities safer; rather, they say, it makes witnesses to crimes more afraid to come forward to police.

“This program makes innocent people afraid of law enforcement,” Santa Clara County Supervisor George Shirakawa said in a statement. “Our county does not want to be at the forefront of new immigration enforcement programs that make us lose our residents’ trust.”

According to Bhargava, of the 523 people arrested or booked into ICE custody since the program began in Santa Clara County, 133 had no prior criminal record. She said that pattern could be found throughout the state and nationwide.

San Francisco Sheriff Michael Hennessey has said the program conflicts with his city’s sanctuary ordinance. Secure Communities was implemented there in June.

Sheriff’s Department spokeswoman Eileen Hirst said today that Venturella apologized at their meeting for earlier ICE “misstatements” that led them to believe they could opt out.

“But the answer is no, a single county cannot opt out of sending their fingerprints through the ICE database once the state has signed a memorandum of agreement with Secure Communities,” Hirst paraphrased Venturella as saying.

California’s agreement was signed by the state Department of Justice in April 2009.
In a May 24, 2010, letter to Hennessey, Attorney General Jerry Brown wrote, “I believe that working with the federal government in this matter advances important and legitimate law enforcement objectives.”

Since it was begun in October 2008, Secure Communities has been implemented in nearly 800 jurisdictions in 34 states. ICE expects to complete implementation nationwide by 2013.

Both Santa Clara County and the San Francisco Sheriff’s Department are now looking at other options.

“We’re exploring whether the Board of Supervisors should direct the county not to spend any more funds in complying with requests from ICE that are not reimbursed or required by law,” said Bhargava.

Specifically, Bhargava said that might include money used by the county to hold suspected undocumented immigrants, at ICE’s request, for up to 48 hours after criminal charges are dropped or after a jail sentence is completed, until ICE picks them up.

Hirst said Venturella informed the sheriff that ICE holds “are merely requests and local law enforcement are not required to honor them.”

“So Sheriff Hennessey will be taking a look at our current procedures and considering this information in light of the sanctuary ordinance,” Hirst said.