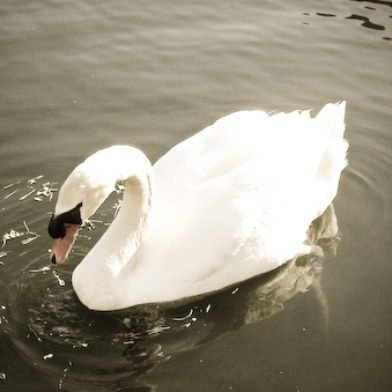 Officials today relocated the only swan left in the lagoon at San Francisco’s Palace of the Fine Arts after its companion swan suspiciously died earlier this month.

Blanche, a 13-year-old Mute Swan, was moved today to the San Francisco Zoo after her companion swan was killed on Nov. 13.

“She’s the only remaining swan and because that act of violence had occurred, everyone was worried for her,” said Kat Brown, deputy director of Animal Care & Control.

A necropsy of the dead swan–believed to be Blanche’s sister or mother–revealed she died of a dislocated neck that was most likely the result of human interaction, according to Animal Care & Control.

“We were shocked in the demise of the other swan as much as anyone else was,” Brown said.

Blanche’s care at the zoo will include a full veterinary check-up and any needed treatment.

She will return to the Palace of the Fine Arts in mid-January, pending renovations due to be completed by the San Francisco Recreation and Park department at the same time.