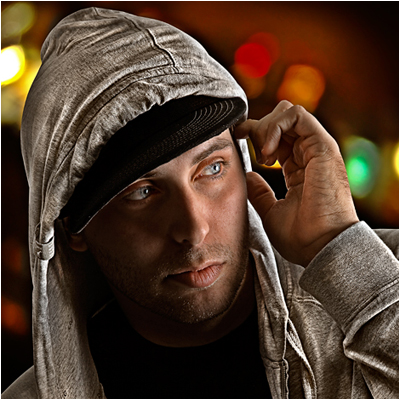 Who the hell wants to pay to $27.50 to watch a DJ press play on a mix and pretend to twist some knobs? I don’t, and neither does electronic beat creator Pretty Lights, aka Derek Vincent Smith. So that’s not what you get when you see him live.

You get a sensory overload, a true musical performance: More lights than department store Christmas tree, backing video, a live drummer, live mixing, improvisation. You get a pureed blend of dirty electronic bangers and clean, organic instrumentals – all coated in a glaze of soulful G-funk. The music performed is all original to Pretty Lights, something Smith finds “to be the exception rather than the rule these days.”

And that’s not the only unique thing about Pretty Lights. Smith releases all of his music for free online, a move that’s certainly paid off. His six albums have over 1,000,000 downloads, and his spots at festivals like Coachella, Lollapalooza, and Outside Lands only buffer his rising success.

His hustle is just as untouched as his style. Smith released three different EP’s this year all while touring relentlessly, hitting any major festival you care to mention along the way. And he still has time to think about building a “1968-esque analog studio” so he can make all his own samples from scratch.

Catch Pretty Lights on Wednesday the 24th at the Fox theater in Oakland.

At the end of our conversation on Friday he made special note of how pumped he is for the show, saying “I’ve been to the Bay several times, but it’s the first time I’ve been able to do the whole thing. The Mezzanine and the Independent are small venues and I didn’t set up my whole production by any means. And Outside Lands was a daytime set so I didn’t have my whole thing. And this is the first time I’m able to bring my whole show, have my drummer, have it how I want it.”

You’re really into creating a live show that’s more than just a DJ standing there on stage, what inspired that?

I guess getting really fucking bored watching DJ’s stand there on stage (laughs). It’s like an open ended that all electronic musicians have to face. It’s like, okay, we wanna play shows, we want our music to be performed in a live setting, but what the fuck do we do onstage to make entertaining?

But that’s what’s so awesome about Ableton, you can develop and build these whole sophisticated systems and set ups to improvise electronic music and to really control and manipulate in a live environment, it’s like “Wow, what a technological breakthrough.” But still people look at you from the crowd like “what the fuck is he doing? He looks like a DJ standing on stage.

And so I think bringing other elements to the show, a drummer, video, lights – synchronicity between all the elements – is what steps it up and makes it more of an experience, a multisensory experience instead of just listening to the music.

And what that adds to the live setting is this whole intense production, visual aspect in addition to the music you’ve heard on the record. Which then, I’m manipulating live and improvising with the drummer. And it just looks good that way.

You started out playing your career in punk bands and funk bands, what instrument did you begin with?

I started out playing bass, that was my first instrument. That’s kinda what got me into the world music. Ya’ know, with some of my homies, bass players aren’t always around, and I was like “I wanna be in a band!”

So I saved up, bought a bass guitar, then no one wanted me to be in their band cause I sucked and uh, and so I began my exploration. After that like you said I was in some punk bands, fuckin’ funk bands, hip-hop bands, all kinds of stuff. Then I was in a band that was all hip-hop and electronica ad that’s when I taught myself to play the flute. And was working with samplers and stuff.

Do you feel like having that experience with all these different instruments gives you a leg up on other producers?

I don’t know about a leg up. But it’s just I come from a different background I think. More depth encompassing background, as opposed to a lot of producers who are younger and all they have is their computer, and synthesizers, something like that.

I do think it gives me a leg up as far as potential, what’s possible with the sound of my music. And that gives it a much more broad spectrum of style.

Did you plan on releasing three EP’s this year, or did it just pan out that way?

I don’t play anyone else’s music at shows, which is pretty much the exception is what I’m finding out as I witness other people’s shows and things like that. But I knew that if I’m playing the same Pretty Lights fucking tracks all year I’d, ya know, buy a plane ticket to South Africa and disappear or some shit.

(laughs on both ends of the phone)

But uh, I needed to keep putting stuff out to keep it fresh and exciting for me. So at the beginning of the year I had the idea of adapting my album process to my touring schedule and trying to do multiple releases to keep it fresh for me and to keep my fans stoked and just try to push the genre.

Did you ever feel rushed at all or did it all come along nicely?

(silence, then a sigh)

Well, I suppose the problem with this is that if I’m totally honest… (laughs) Ya know I never want to admit to rushing my work, but, but yea, a little bit. You know what I mean? But that’s the thing that I learned.

Well that’s the thing with any art really. It’s never really done, there’s always more you can do to it.

Right. And it’s funny though, one more thing on that point. I was talking to Lorin, Bassnectar, and he was like “that’s crazy how you put out three fucking ep’s” and I was like yea, but I have these self imposed deadlines and I learned a lot from that and he was like “oh that’s crazy because I learned the exact opposite. I didn’t put a deadline on my stuff and ended up pushing it back” like four or five times or something like that.

So we had this conversation about how we both sort of learned things from different sides of the process, you know?

Definitely. Glowing in the Darkest Night was released as the third installment of this years EP series. Was there any particular theme going through all these EP’s?

There was a theme kind of like, here I was in the development of my production style and I tried to explore different emphasis, more so in the second two.

‘Cause the first one I was just like “oh I’ll make six hot tracks.” And the second one I was really determined to explore the concept of having a really sort of organic sort of palette of sounds, then all of a sudden have it slip and switch into a different interpretation of the same track, and be totally like hard and electro. And that happens a lot of that second EP.

Like in “High School Art Class” it kind of switches between totally organic and totally electro with these big transitions. And same thing with “Look Both Ways” it goes from like breakbeat to dubstep to electro then back. And the whole concept of that album was incorporating different interpretations of like the same musical foundation and fusing them into one track.

The third one, it was really about integrating them into a whole rather than keeping them separate within the same track. So I kept like trying to make it sound more like that, like the concept of the three whole EP’s (laughs). But really the theme was to just make hot beats, and a lot of them.

Obviously the initial decision to put your music out for free online is a huge risk, why do you think it worked for you?

People weren’t really doing that when I started it, and I think it was a pleasant surprise for people. It makes them wanna tell their homies about it. I think the music is new and original, and I think people hear it and they’re like “whoa, that’s fresh.” And at the same time it’s free, so it’s kinda like, “Oh! Nice! Nice!”

I don’t know. I don’t know, man. It just worked out and that’s why I continue to do it.