Now You Can Buy Beatles Songs On iTunes, And Why You Should Care 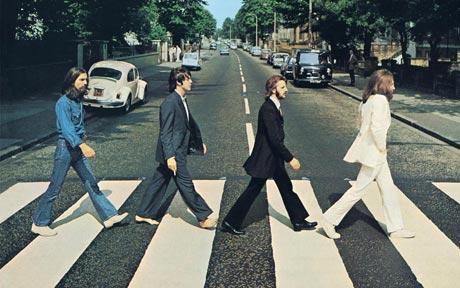 As you know if you have access to the internet, three years after the Apple Corps – Apple Inc dispute was resolved, Apple Inc announced this morning that iTunes Music Store has exclusive rights to sell the entire digital Beatles catalog. Sources close to the deal indicate the licenses go up for renegotiation sometime in 2011. Until today, the Beatles were the single most important holdout in digital music, making November 16 2010 one of the more important dates in digital music history.

Some people love the Beatles, some do not. Some folks are obsessed with the Beatles, others are just agnostic. Thousands of passionate fans flock to Liverpool every August to make pilgrimage. Others just don’t understand why it’s interesting that Clapton’s guitar wept after the ultimate rock and roll wife swap with George.

But almost everyone who falls under any umbrella as lover, hater or agnostic probably still knows that the Beatles are an integral part of pop culture history.

More than just a noteworthy rock & roll band, they’re a creative musical phenomenon, under the strategic management of Brian Epstein. Etching a spot in history, the Beatles became THE prototype for ALL rock & roll bands to follow, even in the year 2010. Epstein dressed them in suits, put each distinct personality in front of cameras at all the right moments, and kept the Fab Four in the studio making records.

Whatever, I’m Not A Fan – This Is All Hype

Ok, fine. We don’t have to agree on talent. But historically speaking, blowing off the significance of the Beatles is a bit like saying you just aren’t that into Thomas Edison two seconds before you turn on a light.

Who is ahead of the Beatles? The number one seller of the last decade is eminem, with 32 million albums, all of which are available for sale at any number of digital retailers. Em’s 32 Million includes digital sales. The Beatles 30 million does not.  The Beatles, without any digital product for sale, have outsold every artist that is alive and producing records.

Now, with only 2 members of the band still alive, the Beatles once again make history by partnering their art with digital culture for the first time. A fan like me can only hope for new and interesting LP features on the albums as iTunes expands its features for album art.

A fan like me, who owns 17 books about the Beatles, some over 1,000 pages long – and a lover of all vinyl, is sure to purchase a digital copy of a Beatles song at one point or another. Maybe I’ll be on vacation in Europe, and I didn’t bring enough music. (I can dream!) But, now, digital impulse buys are now as much a digital reality for the Beatles as they are for anyone else.

So let’s remember today as the day digital music won the fight against traditionalism. But is this the year digital sales will outdo physical sales? Whether or not the Beatles’ newly available digital catalog has a long-term effect on digital music sales is debatable.

One school of thought assumes that having the world’s number one selling band available in iTunes will cause digital music sales numbers to soar, increasing the perceived value of digital music overall.

However, there’s no way to tell if digital music sales, after predictably spiking, will plateau (as usual) or dip back to where they were before the Beatles became available in iTunes. Just last May, iTunes went from the source of 85% of all digital music sales to 70%.

Regardless of these percentages, even with the closing of Tower Records and the Virgin Store on Market Street, physical cds still outsell digital music, for low prices reached only by strong arming labels into financial oblivion, which doesn’t matter anyway because shelf space doesn’t exist for any artists other than the top 10 at each major label. On top of that crap shoot, when WalMart returns any CDs to a distributor, the label has to eat the dough.

Proponents of digital music ought to celebrate today and watch the graph around digital sales, because like it or not, there’s still a fuckload of people driving home from WalMart with a $9 John Mayer CD.