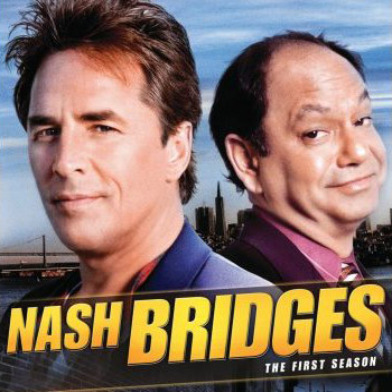 Visually speaking, San Francisco has endless scenery to be captured on camera — our famous skylines, sprawling parks and nature reserves, the hustle and bustle of downtown, and the eclectic mix of old and new architecture. Despite that, many TV shows and movies set in San Francisco don’t actually shoot here, settling for locales they say are friendlier to their productions. The San Francisco Film Commission is intent on changing that, asserting that they plan on beating SF’s film and TV production stats from last year.

In 2009, 309 permits were issued for feature films, TV series, documentaries and commercials, for 645 days of filming. Despite this decrease from 2008 and the two years previous, thanks to the recession, the Commission believes they can recover from their losses by providing incentives to encourage regular filming in the city. And maybe they’re right — we’ve already seen an upswing in productions the first few months of 2010.

The Film Commission recognizes that realistically, no amount of rebate programs will allow our television and film market to bypass our biggest California competitor – Hollywood. However, San Francisco has one thing glitzy Los Angeles doesn’t – a versatile look with which producers can transport stories that take place elsewhere, and film them in SF. San Francisco-based director Philip Kaufman fought to film “Hemingway & Gellhorn,” here, an HBO production with Nicole Kidman and Clive Owen, despite the story taking place in China, Cuba, Spain and Key West. That production, is expected to bring in 800 local jobs.

“What’s ironic is we’re shooting for everything but San Francisco – and that’s what’s really fun, you can really shoot the world here,” said Trish Hofmann, one of the producers. Although the film begins production in February on Pier 80, $500,000 has already been spent on pre-production costs.

Hofman’s not the only one who thinks SF can be anywhere — in her column Monday, Leah Garchik noted that Local Kitchen and Wine Merchant recently stood in for a Dallas location in an AT&T Yellow Pages commercial.

According to the Film Commission, it’s in the city’s best interest to be wherever film producers want us to be; with every $1 a production spends, the city gets back $2.95, according to Susannah Greason Robbins, the Commission’s new executive director.