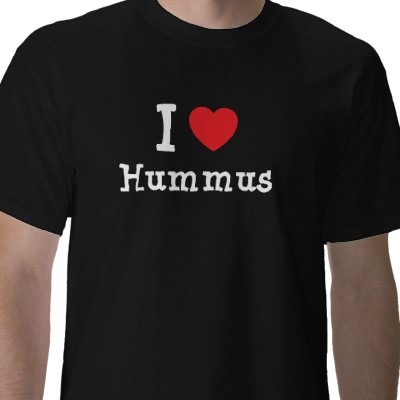 Nowhere is it more obvious that pita chips and hummus have become the tortilla chips and salsa of the new millennium than in San Francisco, a city where nary a gathering can occur without the delicious duo.

It’s not even much of a stretch to say that some parties are nothing more than fronts for pita chip and hummus consumption, and a great many of us have no doubt found ourselves at one of these sad events, where the only bright spot comes in the form of a large tub of creamed garbanzo beans and baked bits of pita bread on the coffee table.

More than once I have shown up to a party that was advertised as having “appetizers” and/or “food” (all parties I go to have corporate sponsorship) only to find out as soon as I arrive that this means “hummus and pita chips.”

It would seem that the word potluck in San Friskaans can be directly translated as “that one brings garlic-lemon-chocolate-chive hummus, and that other one brings the pita chips.”

What replacing a spicy, exciting, fun to say dip, “SALSA!” with something that is the edible equivalent of stucco (vaguely Mediterranean and thick) means for our future is difficult to say at this point. Although what it means for our waistlines shouldn’t be a mystery.

There’s just something about being beige and made from beans that makes hummus seem mysteriously good for you in a way that peanut butter just isn’t. Of course all that olive oil doesn’t hurt, since San Franciscans know they should drink about a gallon of it everyday, so that their skin will be soft like a body pillow, and they won’t get heart disease or be a Republican or enjoy the show Two and a Half Men.

In reality, salsa, which is made primarily from tomatoes and not oil is much better for us, but alas its moment has passed, and all of a sudden it’s like margaritas: you can’t have one unless you’re at a Mexican restaurant.